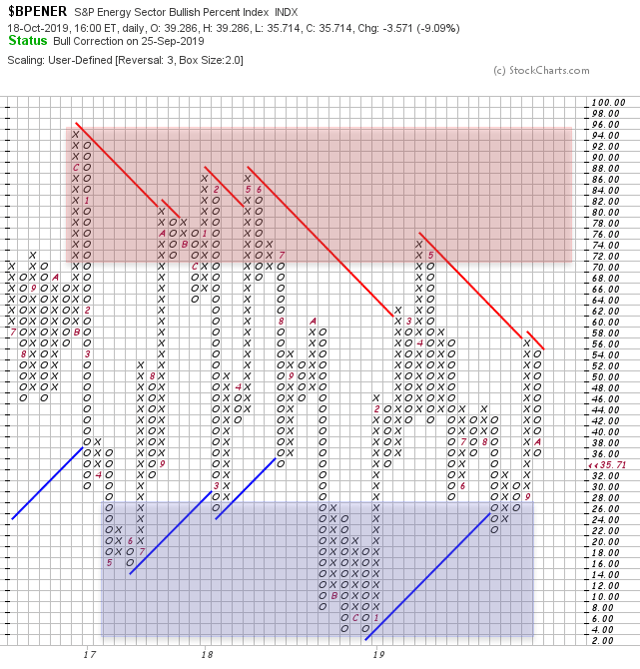 As noted in last week’s XLE Weekly, the primary expectation for this week’s auction was for price discovery higher following last week’s re-test of key support. This week’s primary expectation did not play out as a failed buy-side breakout above key resistance developed in Tuesday’s auction before price discovery lower developed to 57.01s ahead of Friday’s close, settling at 57.03s.

This week’s auction saw a pullback early week to 57.24s before price discovery higher developed to 58.68s, testing last week’s key resistance. Buyers trapped there before price discovery lower developed in earnest to 57.01s forming an unsecured low ahead of week’s end. Within the larger context, this week’s pullback occurs following the larger corrective phase from 64.66s into 2019’s major support area, 55.60s-53.30s, where a structural low, 55.55s, has formed.

Looking ahead, the focus into next week will center upon response to the unsecured low, 57.01s. Buy-side failure to drive price higher from this demand cluster will target key demand clusters below, 56.50s-55.50s/54.50s-53.50s, respectively. Alternatively, sell-side failure to drive price lower from this area will target key supply clusters above, 59.20s-60s/61s-61.50s, respectively. From a structural perspective, the highest probability path for next week is sell-side barring failure of 57.64s as key resistance. The larger context remains neutral between 55.50s-63.65s.

It is worth noting that sentiment, based on the S&P Energy Sector Bullish Percent Index, declined. Stocks more broadly, as viewed via the NYSE, were largely unchanged in sentiment terms. Asymmetric opportunity develops when the market exhibits extreme bullish or bearish sentiment with structural confirmation. Currently, conditions favor a neutral bias given the rapid alternating sentiment within the larger “neutral” zone.

The market structure, order flow, and sentiment posture will provide the empirical evidence needed to observe where asymmetric opportunity resides.