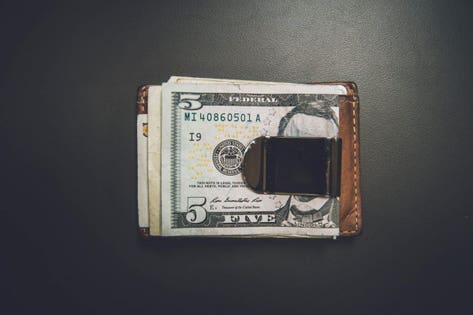 Many of us are familiar with and follow the “120 minus your age” investing framework. It says that you should subtract your age from 120 and invest that percentage in equities, putting the rest in fixed income. For example, a 50-year-old would be 70% (120-50) in equities and 30% (100%-70%) in fixed income. (Note that the rule used to be 100 instead of 120 but has since been revised due to increasing life spans.)

The rule-of-thumb is based on a couple of key concepts:

So, as you age and get closer to retirement, you dial down your equity allocation as you move money to fixed income. The rule of thumb has its limitations, but in the absence of knowing more about someone, their risk tolerance, and their cash flows, it does a good job of guiding people towards the right investment mindset and outcomes. Most “Target Date” retirement funds work this way.

But today, I want to challenge one aspect of the rule of thumb, and that is that we got the type of fixed income wrong. It should be annuities, not bonds.

Should You Put Your Retirement Money in Annuities Instead of Bonds?

Bonds are corporate or government debt instruments. When you buy a bond, you’re lending a fixed amount of money to a corporation or public entity. In exchange, and based on their credit risk and the duration of the loan, they pay you a semiannual coupon followed by your money back at maturity. The value you’ll get from a bond is much more predictable than that from a stock because it’s defined unless (a) you decide to sell early, (b) the company defaults, or (c) the company cancels the arrangement early. Bond funds — which you’re more likely invested in than actual bonds — are portfolios of bonds.

Annuities, when purchased correctly, provide guaranteed income in retirement. You give money to an insurer upfront, and in exchange they promise you a steady amount of income each month starting at a predetermined date in retirement. It’s fixed for as long as you live and no matter what happens in the market. The amount of income you get each month depends on your age now, the age at which you start receiving income, your gender, and how much money you commit today.

The difference between annuities and bonds are as follows:

Both annuities and bonds could be considered members of the “fixed income” asset class. But because bonds are traded on the market like equities, they’re more commonly used. However, many experts argue that annuities are a better way to generate retirement income. Let’s take a look at some of their arguments.

In “Why Bond Funds Don’t Belong in Retirement Portfolios,” Professor Wade Pfau presents a concept called the Retirement Income Efficient Frontier. He performs a Monte Carlo analysis to see how a number of different portfolios will perform in unknown financial market conditions against the two main goals in retirement: (a) not running out of money and (b) leaving a legacy. The portfolios he tests consist of stocks and/or bonds and/or annuities.

His results show that the most efficient portfolios are those with stocks and income annuities, but without bonds. These are the portfolios that offer the smallest chance of running out of money and the greatest chance of leaving a legacy behind. As he explains, “Income annuities outperform bond funds as a retirement income tool because they offer mortality credits.”

Initially, the liquid assets take a hit from annuity purchase. But they eventually catch up at around the same time the “mortality credits” kick in. That is, because the annuity provides more income than the bond, less needs to be withdrawn from the portfolio. And, because the annuity is purchased with money that would otherwise be in bonds, the remaining invested assets are weighted more heavily towards stocks.

It Costs Less to Fund Retirement with Annuities Vs. Bond Ladders

David Blanchett, Head of Retirement Research at Morningstar Investment Management, and Michael Finke, Dean at The American College, also studied annuities in their paper “Annuitized Income and Optimal Asset Allocation.” Using a slightly different lens than Professor Pfau, they compared setting money aside at retirement to either (a) fund a bond ladder or (b) buy an immediate income annuity.

The annuity costing less than the bond ladder has two important implications:

Convinced That Annuities Are Better than Bonds? Here’s What to Do Next

The conclusion from these two studies is that simple income annuities provide a better way for retirees to generate income when compared to bonds . A colleague of mine has also done a study that arrives at the same conclusion, available here. If, once you’ve had a chance to digest this information, you agree with the findings, here’s what you can do next: