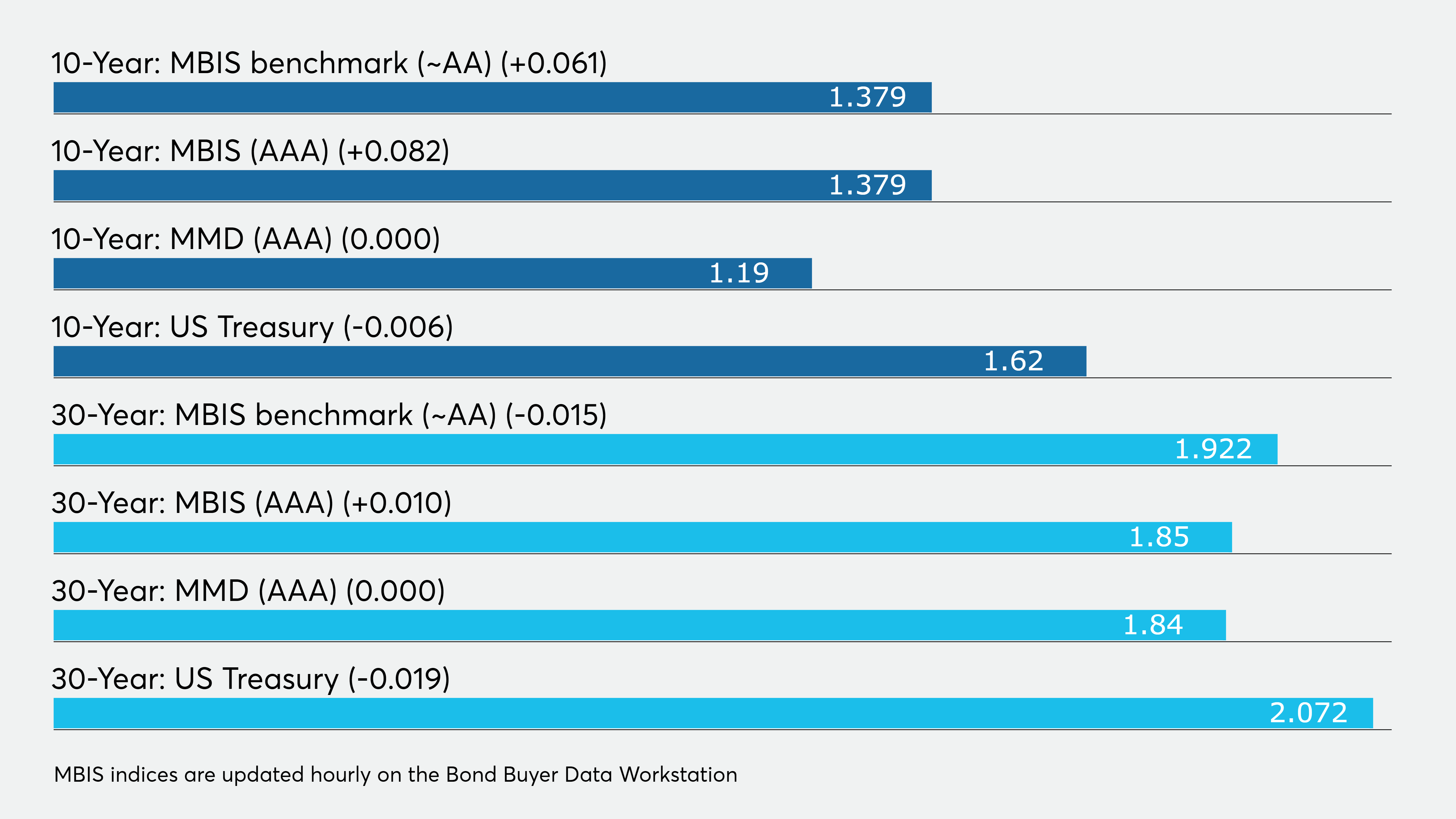 The municipal market started the week like gangbusters, but Thursday’s primary action was a dud.

With the four-day holiday shortened week approaching, the market only saw a handful of deals sell with even one offering getting pulled at the last moment.

“It was eerily quiet today, but with a holiday right around the corner it is not surprising,” said one New York trader. “The primary was like a ghost town today, the secondary was where all the action was.”

Primary market
BofA Securities originally put out a preliminary pricing wire on the Metropolitan Water District of Southern California’s ( /AA+/AA+/ ) $153.45 million of subordinate water revenue refunding bonds around 11 a.m. ET but as of 12:42 p.m., the deal was pulled back. BofA had no comment as to why the deal was pulled.

The biggest deals of the week, Grand Parkway Transportation Corp.’s $793.39 million of tax-exempts and $1.51 billion of taxables, saw robust trading in the secondary market.

The $1 billion New York City GO pricing offered the city a significant yield savings from a September issue, as it was finalized 19 basis points lower in yield in the 15-year range. Upcoming supply such as from the District of Columbia and Massachusetts is likely to come with similar results.

Secondary activity is following suit, and not just in the upper investment-grade range. Illinois GOs have moved materially tighter in recent months — trading in a 5% due 2028 has gone from +153/AAA BVAL to more recent prints at +100/AAA BVAL.

On Refinitiv Municipal Market Data’s AAA benchmark scale, the yield on both the 10-year GO and 30-year GO were unchanged from 1.19% and 1.84%, respectively.

Stocks erased earlier loses after a morning slump on reports of a new method of diagnosing COVID-19 cases results in a rise of reported infections rose to 59,804 and the death total jumping to 1,362. Treasury yields were mixed. 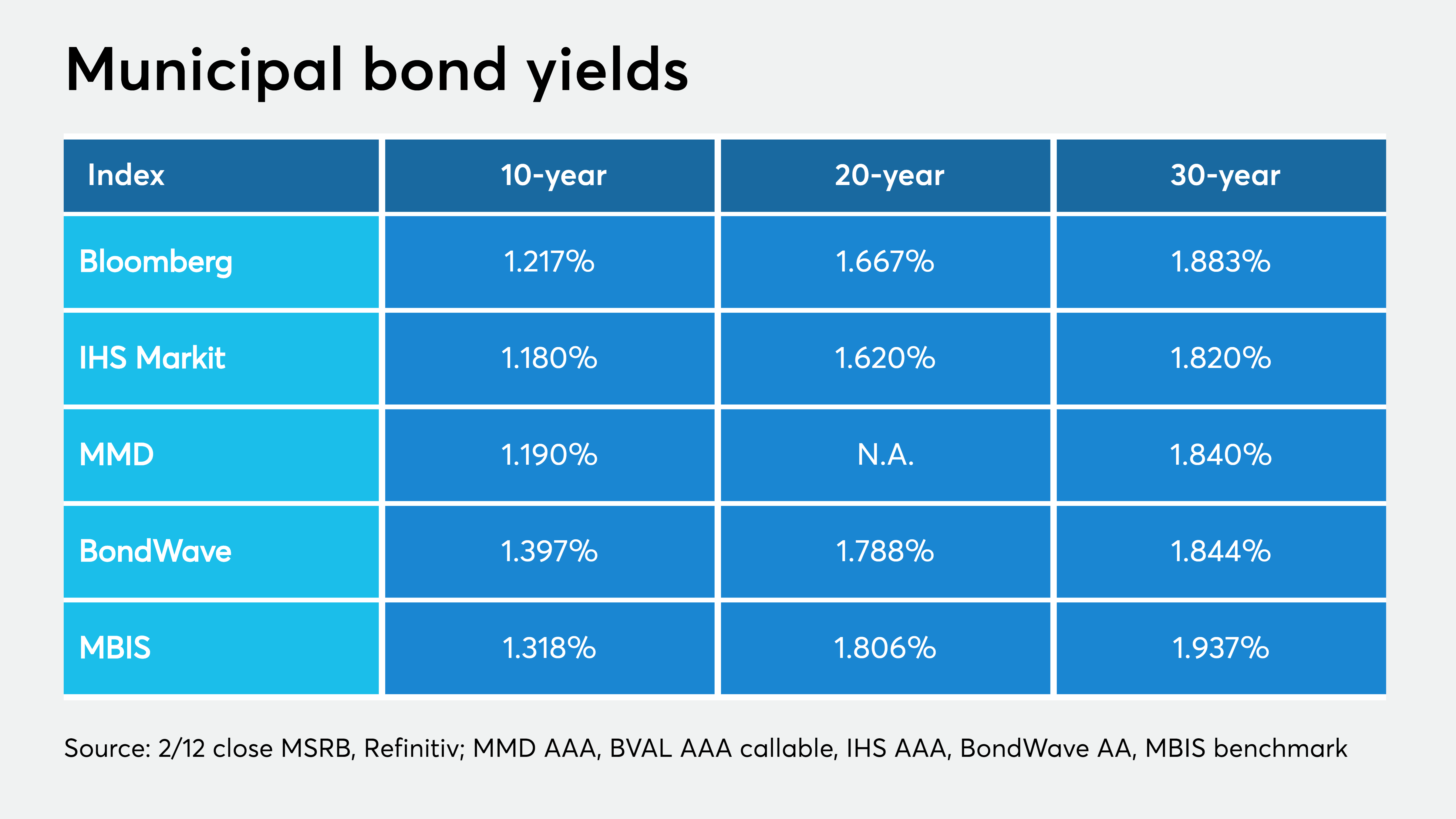 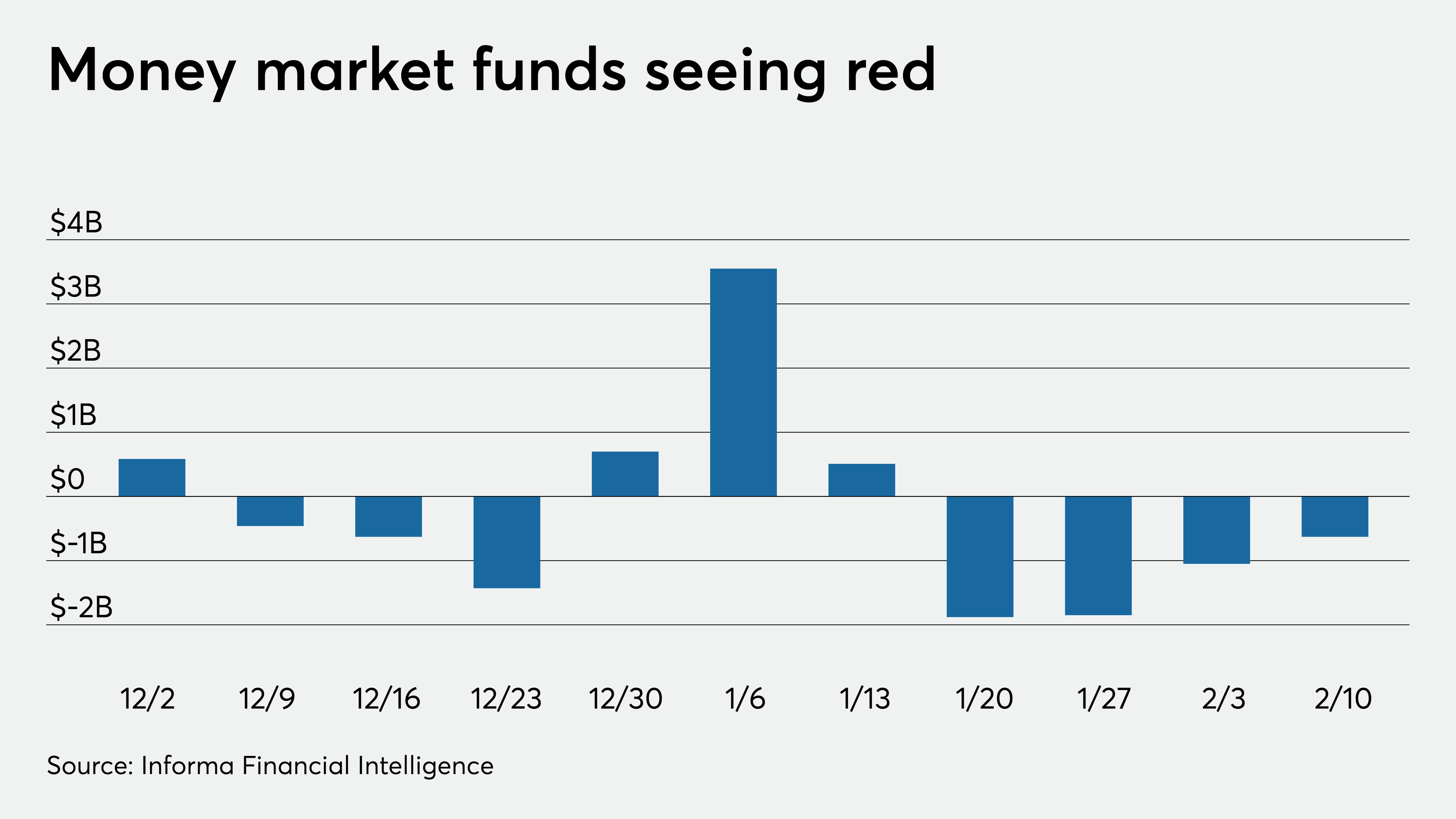 The average seven-day simple yield for the 187 tax-free and municipal money-market funds increased to 0.62% from 0.59% in the previous week.

Taxable money-fund assets gained $12.39 billion in the week ended Feb. 11, bringing total net assets to $3.443 trillion. The average, seven-day simple yield for the 803 taxable reporting funds was unchanged from 1.26% the prior week.

Muni CUSIP request surge 35.2%
Year-over-year request volume for the aggregate total of all municipal securities — including municipal bonds, long-term and short-term notes, and commercial paper — rose 26.6% versus January 2019 and muni bonds alone were up 35.2%, according to CUSIP global services.

However, on a month-over-month basis, total municipal CUSIP request volume for January 2020 was down 5.5% compared to December 2019.

“So far this year, we’re starting to see pockets of very strong CUSIP request volume emerge in specific asset classes, most notably in corporate debt,” said Gerard Faulkner, director of operations for CUSIP Global Services. “There is some volatility in the data, however, with other asset classes such as international debt and equity and some municipal categories still making big month-to-month moves.”

The CUSIP issuance trends report tracks the issuance of new security identifiers as an early indicator of debt and capital markets activity over the next quarter.

Majority of Bond Buyer indexes slip
The weekly average yield to maturity of the Bond Buyer Municipal Bond Index, which is based on 40 long-term bond prices, was unchnaged from 3.52% the week before.

The Bond Buyer’s 20-bond GO Index of 20-year general obligation yields was lower by two basis points to 2.51% from 2.53% the week before.

The Bond Buyer’s Revenue Bond Index was down two basis points to 3.01% from 3.03% from the previous week.

The most actively traded security was the Puerto Rico Commonwealth GO, 8s of 2035, which traded 32 times on volume of $107 million.

Data appearing in this article from Municipal Bond Information Services, including the MBIS municipal bond index, is available on The Bond Buyer Data Workstation.