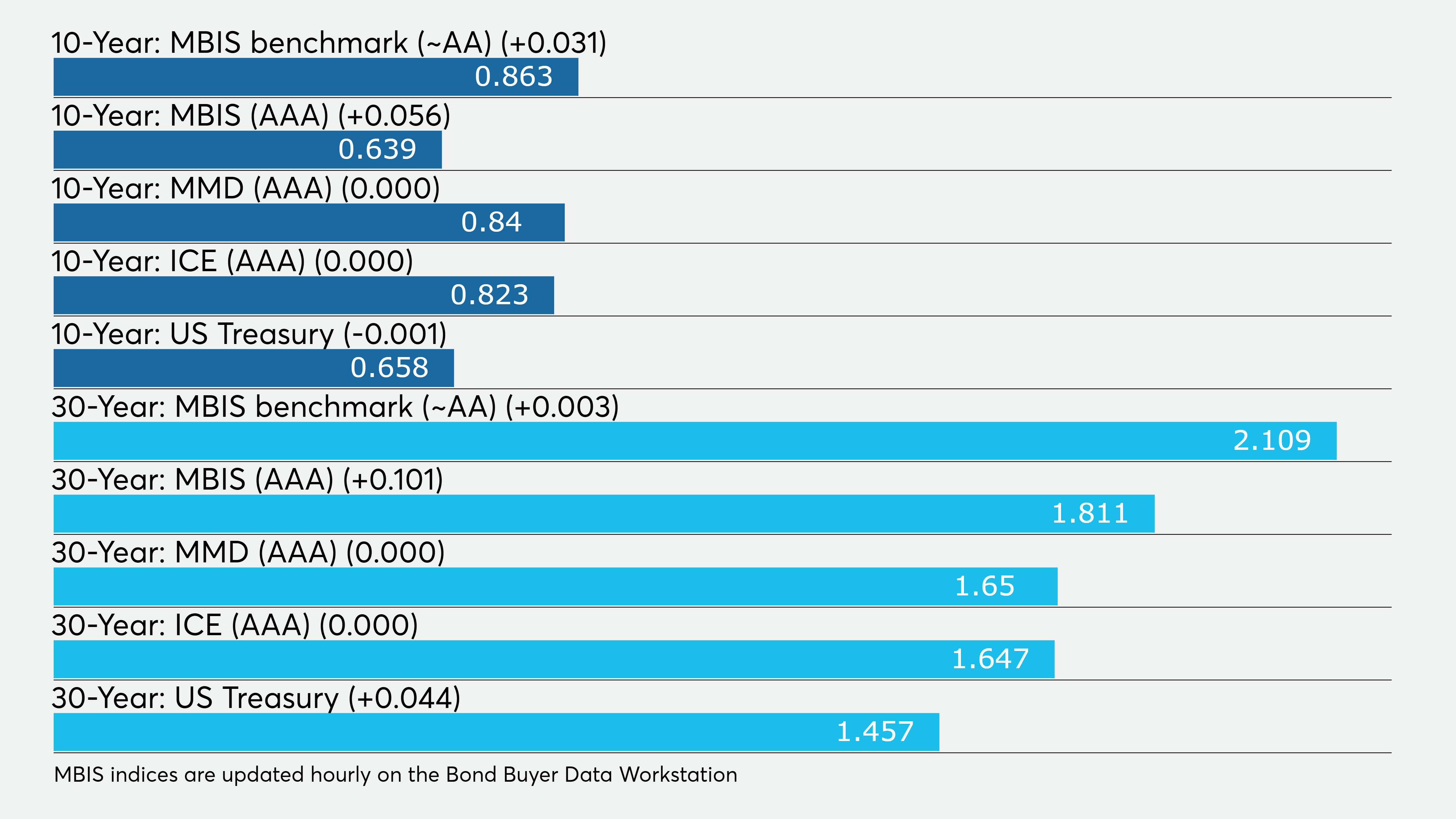 While tax-exempt yields rose slightly Monday, some investors questioned the market’s reaction to ongoing national crises and the associated impact on state and local government finances.

The short end of the curve sold off by three basis points, per triple-A benchmarks.

Part of that had to do with the rally that occurred during May that was most likely overdone. However, what’s occurring in the U.S. public finance markets has been generally muted.

“In the backdrop a plethora of headlines to read through and make sense of is consuming traders, investors and main street folks alike. Protests for racial justice sparked by the recent death of George Floyd at the hands of a Minneapolis police officer (since arrested for murder) has heightened the fear of COVID spreading as thousands march in the streets in over 17 cities nationwide,” said MMD’s senior analyst Peter Franks. “Businesses that were reopening are now shutting their doors as looting and rioting has broken out in many cities. Just when there seemed to be a light at the end of a deep dark tunnel, the country hit a bend in the road and that light seems to be further away now.”

Some investors have reservations the market is not reacting appropriately to the depth of what the economic effects of the protests, combined with coronavirus, will have.

“These have economic impacts on our day-to-day lives and how we interact with each other and that is something that any investor should take a point to consider,” said a New York strategist. “We don’t know how this will play out and if you can’t trade on these types of insecurities I don’t know what you can trade on. It should make us wary of what is coming ahead.”

Looking back, there is a pre- and post-theme to the market.

“March’s dislocation looks somewhat like a bell curve with January, February, April and May’s yields on either side, except that the peak in yields is far removed from a normal distribution,” said Kim Olsan, senior vice president at FHN Financial.

She noted the 5- and 10-year AAA spots have returned to or are through late February’s range following yields that hit 2.50% and higher. And, on the longer end of the curve yields are about 25 basis points off their 2020 lows and well away from 3.50% and higher rates.

“What May’s rally did was to solidify that 1) GO and essential service bonds will remain preferred credits for most traditional inquiry and 2) more impacted sectors like Healthcare and Transportation have found working spread ranges where both new issue and secondary order flow is occurring.”

After posting losses of 2%-3% in April, transportation and healthcare have been able to recover and move closer to flat for the year.

“As the new month begins, the market is precariously balancing heavy (implied) demand against what are growing realities of local and state revenue pressures, all the while trading at ultra-low yields,” Olsan said.

Estimated redemptions of over $40 billion this month should give the reinvestment side of the equation more weight, but there are likely to be occasional pullbacks and distraction later in the month from tax payments coming on July 15th.

Primary market
Action kicked off early as the week’s biggest exempt issuer came to market with a deal offered up to retail investors. 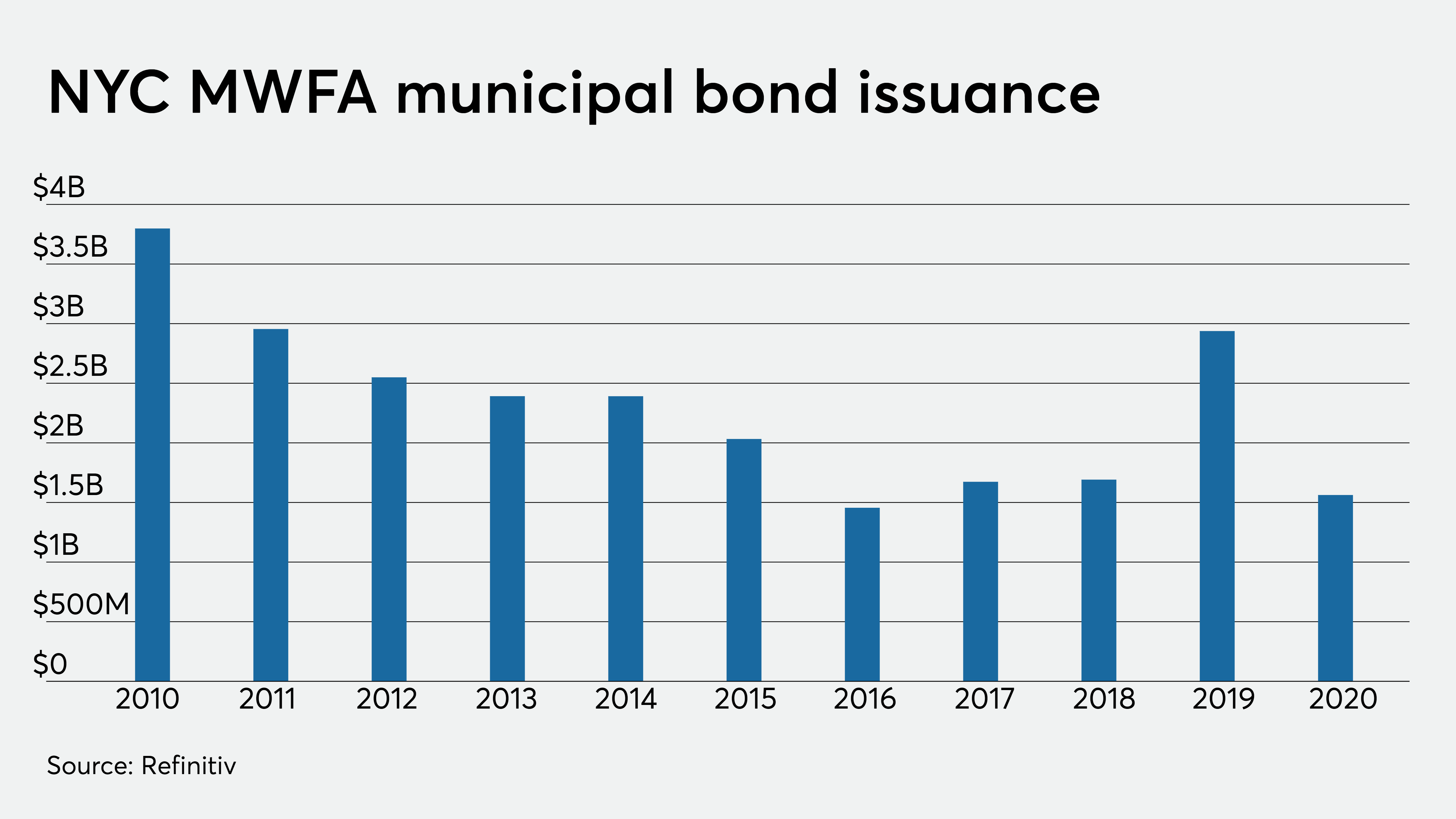 Proceeds will be used to fund capital projects and refund outstanding bonds for savings.

Since 2020, the MWFA has sold over $25 billion of bonds, with the most issuance occurring in 2010 when it offered $3.8 billion of securities.

Later in the day, the rally on the short end came to a close as yields move up as much as five basis points. Long yields were little changed.

Munis were little changed on the MBIS benchmark scale.

Treasuries were mixed as equities were slightly higher in late trading.