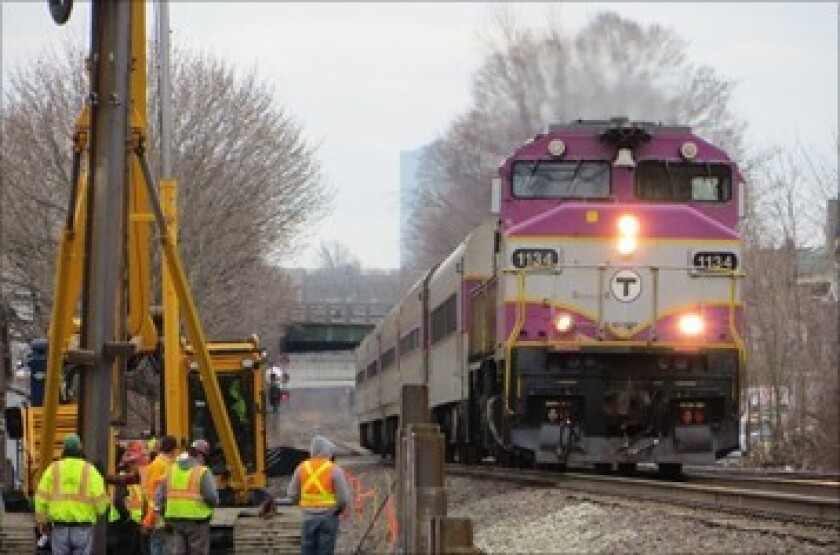 The COVID-19 pandemic’s effect on public transportation nationwide has revived discussion about the role of bicycles, ferries, in-city commuter rail and other alternative modes.

“Today, the biggest real estate battle in New York City isn’t between rich developers — but rather which needs more space in the age of coronavirus — bikes, cars, or buses,” said Philip Plotch, a St. Peter’s University professor and author of the book “Last Subway: The Long Wait for the Next Train in New York City.”

Outdoor seating at restaurants — intended to minimize crowding — is also part of the discussion.

“This is also a moment to rethink street space writ large,” said Liam Blank, advocacy and policy manager of the nonprofit Tri-State Transportation Campaign. “We look forward to working with the city to establish not only more restaurant space, but to repurpose street space for emergency bus, bike, and micromobility lanes as well.”

Elsewhere, the Capital Metropolitan Transportation Authority in Austin, Texas, is looking to merge its bike-share program into its transit network, thus extending the core of the system to “first and last mile” accessibility.

“Some of them are financial,” Porcari said. “For example, should the TIFIA program be a refinancing mechanism and should it be a more agile mechanism financially to help transit systems to restructure their financial load to be able to prepare for the future?”

According to Sarah Meyer, chief customer officer of New York MTA, transit is still catching up.

“There still needs to be a lot of innovation in the transit sector,” she said. “It’s not as ‘sexy’ as a car might be to some engineers as they come through school.”

The New York City Economic Development Corp. has had to pull back on its five-borough NYC ferry system — separate from the iconic Staten Island ferry — due to ridership drops. EDC expects to save $10 million by cutting service and rearranging routes.

Sean Campion, a senior research associate for the watchdog Citizens Budget Commission, called the ferry-service pullback a step in the right direction.

“The changes will make ferry service more cost-effective to operate while ensuring that it remains a viable transit option,” Campion said. “In the coming months, EDC should continue to identify ways to make its ferry operations more efficient, such as implementing dynamic fare pricing and delaying the launch of costly planned expansions.”

Lingering questions about transit post-pandemic include the effects of stay-at-home initiatives on long-distance commuter rail, and whether systems can make that road viable for in-city riders. Connecticut Gov. Ned Lamont suggested recently that the Greenwich-to-Wall Street commute may be a thing of the past.

Commuter rail has traditionally been an afterthought to urban riders, who see service as costly and infrequent.

“When I think about our current commuter-rail system in Greater Boston, I think about a hub-and-spoke network that was designed to shuttle white-collar workers from wealthy suburbs to jobs and services in downtown Boston and in Boston’s core,” Tracy Corley, a transit-oriented research fellow with Massachusetts Institute for a New Commonwealth, said on a webcast by the New York civic organization TransitCenter.

New York MTA Chairman Patrick Foye said ridership on Long Island and Metro-North within the boroughs had been on the upswing pre-pandemic. Overall, ridership last year on LIRR and Metro-North reached 91 million and 87 million, respectively.

“Some significant and growing numbers of those customers were outer-borough customers,” Foye told reporters after MTA’s latest monthly board meeting. Foye, who rides the LIRR’s Port Washington line, cited several busy Queens stations along the route.

“We have programs in place to increase ridership from the outer boroughs,” Foye said, notably a fund created within the 2019 operating budget to backstop those types of programs.

Megaprojects such as East Side access from Long Island to Grand Central Terminal and LIRR’s “third track,” Foye added, will open cross-commuting opportunities to Long Island’s Nassau and Suffolk counties, and to Connecticut job centers including Stamford, and to the northern suburbs that Metro-North serves.

“I expect those trends to continue,” he said.

The Fiscal Management and Control Board that oversees the Massachusetts Bay Transportation Authority had approved an overhaul of commuter rail in November, but the pandemic has clearly slowed momentum. The oversight board’s sunset date is June 30.

“A lot of it is just getting people to try it for the first time,” said Beth Osborne, director of Washington-based transportation advocacy group Transportation for America. “People kind of do the same thing until something shakes them loose from their pattern. This is definitely one of those pattern-shaking events.”

While at the U.S. Department of Transportation, Osborne managed the Transportation Investment Generating Economic Recovery, or TIGER, grant program.

Technology, she said, has caught up. “Now we have all the data we need in our smartphones. It’s readily available. It’s very inexpensive. It just requires putting it together.”

“Philadelphia is probably the closest example we have in the U.S., although they unfortunately underutilize the fact that they have an electric system and they have this incredible tunnel that connects the two sides of the network,” he said.

Property developers rush to attract Hong Kong residents amid uncertainty over new law
A ‘financial war’ with China could be brewing on top of the trade war
5 ways to beat the stock market — from a fund manager who’s done this for years
Stocks making the biggest moves midday: Gilead, Wells Fargo, Carnival & more
Home sales are ‘strongest’ in Texas, Arizona and other coronavirus hot spots, Taylor Morrison CEO says