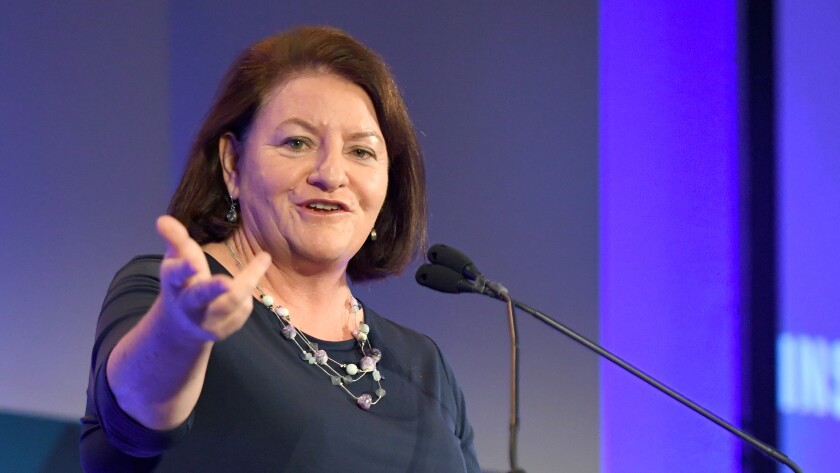 California lawmakers met the letter of the law that sets a deadline to approve a state budget, but the real work remains to be done.

The constitutional deadline for the Legislature to pass a budget and send it to the governor is June 15, and that’s what lawmakers did Monday, while admitting a lot of negotiating lies ahead in a world turned upside down by the coronavirus.

The Legislature’s budget “largely rejects the governor’s proposed cuts from the May Revision budget and instead relies on federal assistance, accounting maneuvers, and additional reserves,” according to the League of California Cities.

Numerous budget trailer bills will be considered to implement the budget or make cuts to existing programs if federal assistance is not forthcoming.

Beyond COVID-19 driven economic losses, the revenue picture is further clouded by the postponement of the state income tax deadline to July, to match the federal delay. An August revision to the budget may occur once tax receipts are received in July.

Analysts have generally viewed California state finances as relatively well positioned to weather the pandemic-induced recession. That despite the fact the state began January with roughly $20 billion in reserves, and now faces what Gov. Gavin Newsom’s administration says is a $54.3 billion deficit.

The state has retained its ratings and across-the-board stable outlooks. California is rated AA, Aa2 and AA-minus by Fitch Ratings, Moody’s Investors Service and S&P Global Ratings, respectively, after two upgrades during 2019.

Atkins’ optimism was not universally shared.

“I am glad there have been discussions with the governor, but I wonder if he might veto our budget,” said Sen. Jim Nielsen, R-Tehama, vice chairman of the Senate Budget and Fiscal Review Committee.

The biggest difference — between what the Legislature approved and Newsom’s budget proposals — is over how much to depend on potential federal funding to grapple with the deficit.

“I remain confident that something will happen at the federal level to help mitigate the impact of cuts at the state level,” Newsom said during a Monday press conference.

The legislative budget plan rejects that notion, choosing instead to assume money will arrive from the federal government, and impose additional cuts only if no help arrives by September.

The Legislature rejected cuts to K-12 education in the governor’s revised budget. The legislature’s budget would allow schools to spend at current levels, though a portion of that would have come from school reserve funds or through borrowing to be repaid by the state at a later date.

Through most of predecessor Jerry Brown’s two terms and into the first year of Newsom’s, the governor and Legislature had reached agreements on the majority of large budget issues by June 15.

Not so, this year.

Democrats have criticized fellow Democrat Newsom for unilaterally making spending decisions about the response to the coronavirus.

Newsom has proposed to spend down reserves over the next three years and restore budget items if the federal government comes through with funding. The Legislature doesn’t want to depend on the Trump administration for what it sees as essential programs, and their budget plans includes fewer cuts.

“Utilizing the reserves to minimize cuts to critical programs is the responsible thing to do,” Sen. Holly Mitchell, D-Los Angeles, said Monday during the Senate’s budget hearing.

“We spent years budgeting responsibly and building significant reserves to avoid taking the painful actions that were necessary during the Great Recession,” Mitchell said.

Proposition 25 passed in 2010, replacing the two-thirds supermajority requirement to pass a budget with simple majorities and docking lawmakers’ pay if they don’t meet the June 15 deadlines. This year, is the first since then, that the Legislature and governor haven’t crafted an agreement on the largest budget issues by the deadline.

The state’s Democratic leaders released an outline of their budget plan two weeks ago that illustrated the chasm between the Legislature and governor.

“We leave here gleeful that we have met our task,” Nielsen said. “In fact, we have only taken a couple of steps — and I say they were steps in the wrong direction.”

Nielsen, who voted against the budget, claimed that Republicans were not involved in the budget discussion. In past years, he said, there was a conference committee on the Legislature’s budget that involved Republican leaders and the governor, but that did not occur this year. There are only 11 Republicans in the 40-seat Senate.

“When you cut out Republicans, you are cutting out the millions of people we represent,” he said.

The Legislature’s proposal to increase the state’s CARES Act funding allocation to cities to $500 million and establish a floor allocation of $50,000 per city drew a mixed response from Carolyn Coleman, executive director of the League of California Cities. In the governor’s May revision, the state’s allocation was $450 million and did not provide a minimum allocation for each city.

“The League appreciates the Legislature’s recognition that all California cities, big and small, are experiencing severe budget impacts as a result of COVID-19, and that no city can be left behind in the response and recovery of the pandemic,” Coleman said. “This additional funding, and the minimum allocation for each city, allows for a more equitable distribution of much needed CARES Act dollars to be used to offset expenses incurred in fighting COVID-19.

“Unfortunately, nothing in the budget addresses the $7 billion general revenue shortfall cities face,” she said, saying the state should provide more help to keep essential city services from being cut. “In the coming weeks, the League will continue to fight for resources for all of our cities at the state and federal levels to help cities respond to, and recover from, this crisis.”

The League also was concerned about the effect on cities and counties of $1`4 billion in trigger cuts set to occur by by Sept. 1, under the Legislature’s budget plan, if the federal government doesn’t provide additional funding.

Unlike the three major rating agencies, credit analysts at Conning, a Boston-based global investment management firm, have changed their outlook on all states to negative, according to a report released Thursday.

“Conning believes state credit quality had been the strongest it had been in a decade,” Conning’s credit analysts wrote. “However, we have revised our outlook to negative, as the COVID-19 pandemic will force states to make difficult budget decisions and possibly dip into reserves to address shortfalls, despite the unprecedented amount of relief from the federal government.”

Conning’s negative outlook reflects “our expectation that over the next 12 months many indicators will worsen,” analysts wrote. The report looked at each state’s reserve levels, fixed costs and stress on pension systems.

California did climb in Conning’s annual rankings from 26th last year to 20th this year in a ranking of all 50 states in the investment firm’s 2020 State of the States report.

A state’s ranking is relative to others, so California’s improvement was not solely due to its strengths, but relative to other states that improved or dropped in rank, said Karel Citroen, who co-authored the report.

The largest individual rank improvement for California on a year-over-year basis came through tax revenue growth, where the state moved from 46th to 7th, Citroen said.

ETFMG Prime Mobile Payments ETF: Investing In The Digital Payments Industry
TAIL: Profit From A Market Downturn With This ETF
Three Ways To Tackle Commercial Re-Occupancy In The New Normal
Chime is now worth $14.5 billion, surging past Robinhood as the most valuable U.S. consumer fintech
Battle heats up over California split-roll property tax ballot measure