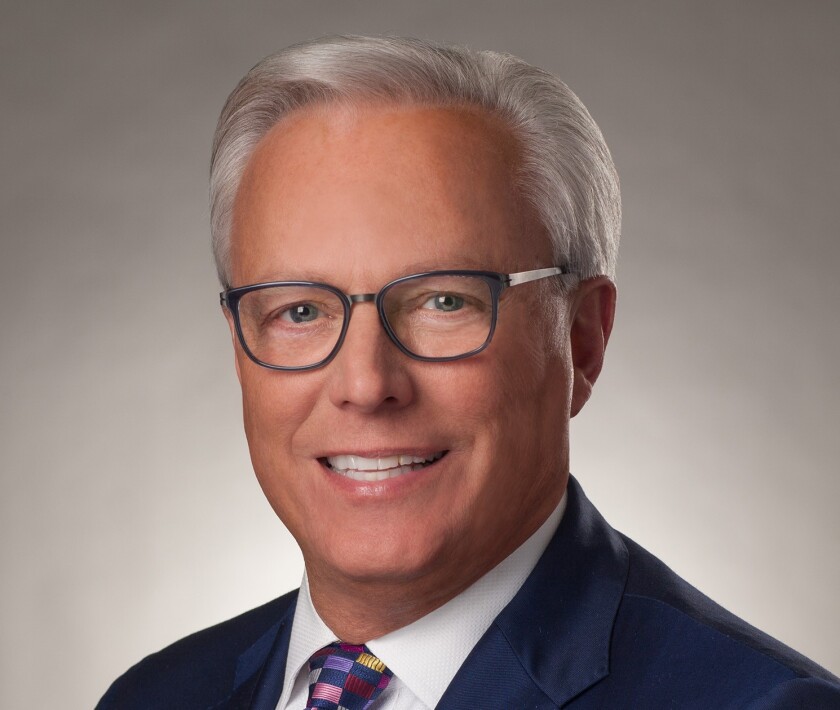 David Vaudt’s last day as chairman of the Governmental Accounting Standards Board is Tuesday.

The 66-year-old former Iowa State Auditor, who is completing a seven-year term, has been commuting from Iowa to GASB’s headquarters in Connecticut since his appointment in 2013.

During his seven-year term, GASB established new standards for leases, the disclosure of tax abatements and postemployment benefits other than pensions (OPEB), primarily retiree health insurance.

Vaudt owns a condo in Connecticut and returns home to visit his wife, Jeanie Kunkle Vaudt, around once a month.

They met as college students and she has served as a state district court judge in Iowa since February 2014.

But Vaudt has no immediate plans to sell the Connecticut condo because he plans to continue working in the Northeast either as a consultant, college lecturer or corporate director.

Vaudt said during a recent video interview on Zoom that he knew he wanted a career in accounting when he took a bookkeeping course as a high school student in Iowa.

“I grew up, always thinking I was going to be a teacher,” he said. “But once I took a bookkeeping class, that’s when I decided to major in accounting. And that really led me on this path that I’ve been able to go on.”

He majored in accounting at Upper Iowa University and was hired upon graduation by the Des Moines offices of the accounting firm Peat Marwick Mitchell & Co.

Peat Marwick, which at the time was known as one of the Big Eight accounting firms, merged in 1987 with Klynveld Main Goerdeler (KMG) to become the Big Four accounting firm KPMG.

At Peat Marwick, Vaudt said he had a broad exposure to auditing public and private companies as well as local governments, including the Des Moines School District and the city of Ames where he developed a reputation in his office as the expert on governmental audits.

“I fell in love with what I was doing there, and knew that I wanted to stay there and develop my professional skills,” said Vaudt.

Vaudt said he found the transition from state auditor to the GASB chair was “relatively easy.”

“I was already closely involved in the work of the GASB just in order to keep abreast of the changes that were impacting Iowa’s government,” he said. “And also having been an elected official, I knew the importance of building relationships with the citizens and visiting them in their communities.”

As the state auditor Vaudt make it a practice to make presentations to groups such as rotary clubs, wine clubs and Chambers of Commerce.

As GASB chair, he focused his outreach on stakeholder groups.

Vaudt said he doesn’t have any regrets about unfinished work at GASB.

“It’s a good handoff to my successor,” he said, adding “We’ve accomplished a lot.’’

This year, GASB published its final guidance on the transition from Libor, also known as the London Interbank Offered Rate.

That new guidance contained in Statement 93 applies to reporting periods beginning after June 15.

The guidance provides accounting and financial reporting rules to help state and local governments in the transition away from existing interbank offered rates to other reference rates.

Also this year, GASB approved Statement No. 94, Public-Private and Public-Public Partnerships and Availability Payment Arrangements, which includes an extended effective date of reporting periods beginning after June 15, 2022, one year later than had been originally proposed.

GASB guidance is important to all states as well as larger cities, counties and other municipalities that use GAAP accounting.

At the state level, Vaudt said, “Everybody follows it. It’s just that when it gets to local governments, each state will dictate which governments have to follow the GASB standard so it’s more of a state-by-state requirement.”

The chairman is the only full-time member of the seven-member GASB board. Vaudt received $691,083 in total compensation as GASB chairman in 2018, according to the Financial Accounting Foundation’s Form 990 filed with the Internal Revenue Service.

Vaudt is being succeeded as GASB chairman by Joel Black, a private sector accountant.

Black, a partner in charge of the audit practice at the Atlanta accounting firm Mauldin & Jenkins, will be the first GASB chairman to have not previously served as a state auditor, comptroller or treasurer.

State auditors instead, will be relegated to one of the seven GASB board seats, Colorado State Auditor Dianne Ray will serve a five-year term on GASB also beginning July 1.