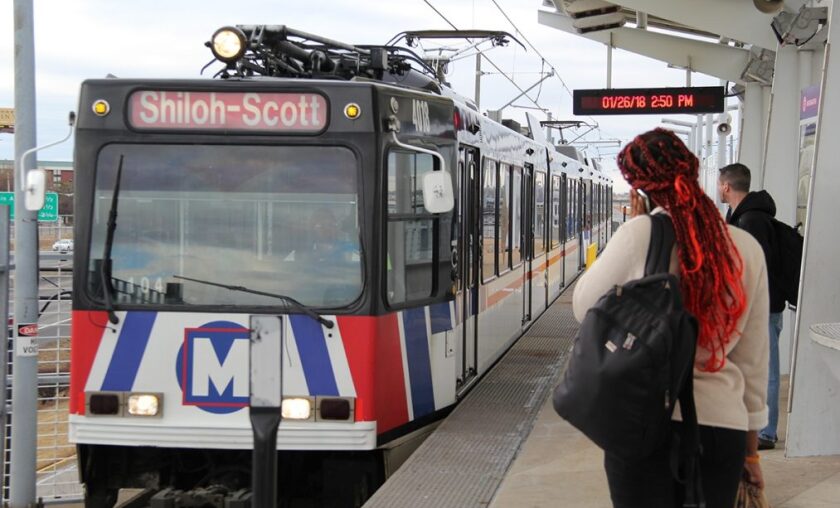 The public agency that manages St. Louis public transit hits the market as soon as Tuesday with a refunding to ease near-term COVID-19-induced revenue strains.

The proceeds will refund a portion of 2013 bonds with the tax-exempts retiring the October maturity and the taxables refunding later maturities. Transit sales taxes appropriated by St. Louis and St. Louis County secure the bonds.

The refunding is projected to generate $22 million, or 13.7% of present value savings, that will mostly be taken upfront to ease the deep strains on operations posed by the economic shutdown that has cut deeply into fare revenue and sales tax receipts.

The refunding transaction will “allow BSD to realize savings for liquidity and operation costs,” the agency tells potential investors in its roadshow presentation. “The refunding will provide significant budgetary savings in fiscal 2021 without an increase in debt service in any future year.”

Sales taxes have so far declined by 2.5% over last year, but there’s a two-month lag in reporting so the full impact on the current fiscal year won’t be known until later in the summer. Sales taxes received in June, which reflected April collections, were down by 23.6%. Ridership in the first four months of 2020 was down 9.6% compared to last year with a 23.6% drop seen in March and a steeper one of 56.7% experienced in April.

The agency acknowledges in the offering statement the difficulty in projecting the longer-term impact of the pandemic and recession on sales taxes but says given strong coverage ratios and the availability of $93 million in surplus taxes from fiscal 2019 it doesn’t expect a material impact on the ability to cover debt payments.

To save money, the agency cut service in March. It restored it back to 91% June 15.

“BSD has the ability to defer and delay future capital projects as needed,” it reports in the presentation.

The public agency’s underlying creditworthiness has been materially affected by the pandemic due to lower ridership caused by social distancing and other efforts to protect public safety and decreased sales tax revenue available for operations because of the recession.

“Although the full scope of economic and financial challenges posed by COVID-19 and the related recession currently remain unknown, due to the agency’s reliance on sales taxes for operations and debt service, we consider the agency vulnerable to significant budgetary shortfalls as it navigates the pandemic’s effect on the economy and finances during the next few years,” S&P analyst John Kenward said.

“The coronavirus crisis is not a key driver for this rating action,” it said in affirming the bonds June 24. “We do not see any material immediate credit risks for Bi-State Development Agency’s mass transit sales tax bonds. However, the situation surrounding the coronavirus is rapidly evolving and the longer term impact will depend on both the severity and duration of the crisis.”

Moody’s notes that the bonds are not capped by the city’s rating of Baa1 despite the appropriation need because debt service coverage remains strong when excluding the city’s portion of pledged revenue. St. Louis County is rated Aaa.

The public agency highlights the credit strengths in the presentation, including strong debt service coverage ratios of 5.9 times in 2020, a cash funded debt service, the set-aside of first funds received every six months for debt service, and the lack of new money needs. Sale taxes have tripled over the last decade due to growth and passage of a dedicated transit tax.

The gadgets and software that could help us return to the office
Fitch lowers United States rating outlook to negative
Chinese Billionaire Wang Jianlin’s Wanda Group Sells U.S. Skyscraper Project To Reduce Debt
Survey: The Prospects For The Hotel Business In 2021
Stocks making the biggest moves after hours: Facebook, Amazon, Ford and more