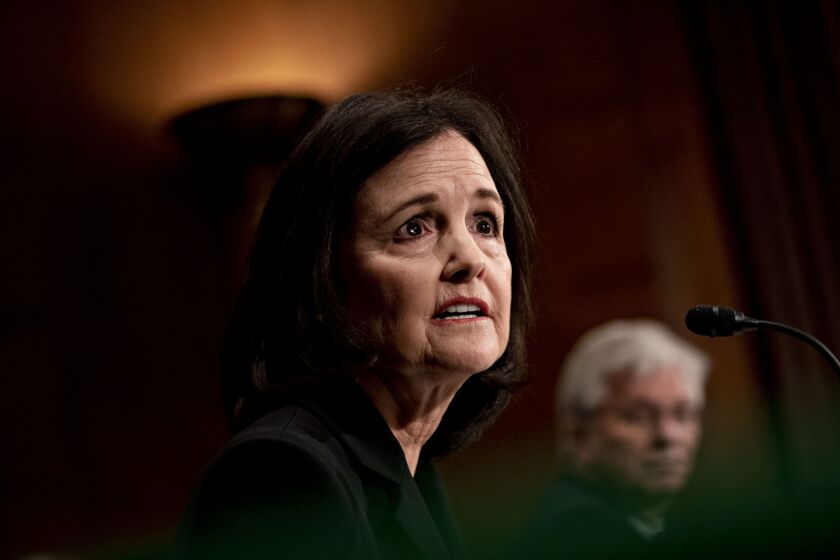 WASHINGTON — The Senate Banking Committee has scheduled a vote to advance a controversial Federal Reserve Board nominee to the full Senate floor.

The scheduled committee votes will come roughly five months after both nominees testified before the panel.

A number of senior Republicans on the committee raised concerns about Shelton’s nomination, due to skepticism over her views regarding the need for deposit insurance, whether the Fed should be independent from outside influence, and some of her past statements on monetary policy.

However, two of those skeptical Republicans, Sens. Pat Toomey, R-Pa., and Richard Shelby, R-Ala., later indicated that they would be willing to support the nomination.

Sen. Sherrod Brown, D-Ohio, the top Democrat on the panel, urged committee Republicans to hold another hearing on Shelton before conducting a vote, particularly in the midst of the coronavirus pandemic.

“We are now in an economic crisis worse than the one Dr. Shelton was asked about at her confirmation hearing,” Brown said in a letter signed by all Banking Committee Democrats to Chairman Mike Crapo, R-Idaho. “Based on her answers at the hearing, we are deeply concerned that the situation we are in today would have been worse if Dr. Shelton were already sitting on the Board of Governors.”