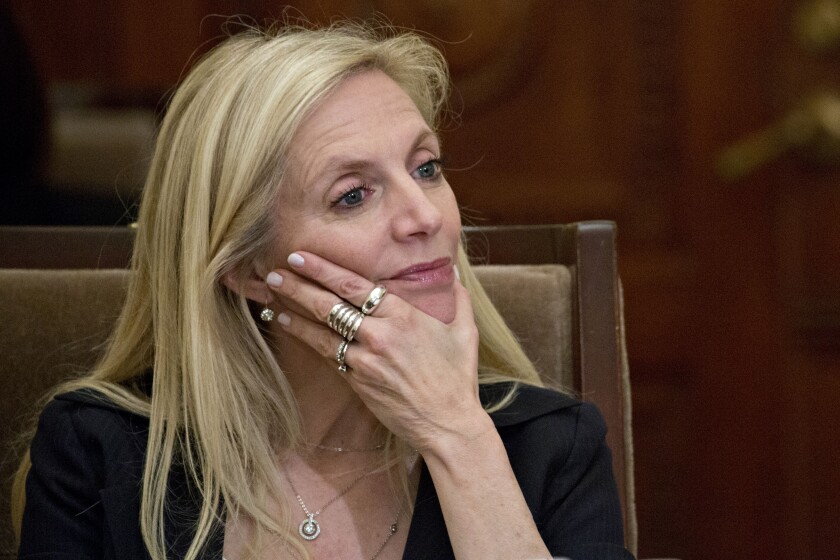 While the Federal Reserve has busied itself trying to keep the markets stable, its job when the crisis is over will be to keep monetary policy accommodative, according to Fed Gov. Lael Brainard.

“A thick fog of uncertainty still surrounds us, and downside risks predominate,” she said during a National Association for Business Economics webinar, according to prepared text released by the Fed.

Even if downside risks fail to materialize, headwinds should be expected, especially if the coronavirus re-emerges.

“Looking ahead, it likely will be appropriate to shift the focus of monetary policy from stabilization to accommodation by supporting a full recovery in employment and a sustained return of inflation to its 2 percent objective,” Brainard said.

In addition to the already seen demand issues, the supply side could face headwinds, as global supply chains are disrupted and may be forever altered. “Within the U.S. economy, the virus may cause durable changes to business models in a variety of activities, resulting in greater reliance on remote work, reductions in nonessential travel, and changes to CRE usage and valuations.”

The Fed will look at the COVID-19 crisis, plus use its “evolving understanding of the key longer-run features of the economy, so as to avoid the premature withdrawal of necessary support,” Brainard said.

With rates at zero lower bound and the neutral rate low by historical standards, she said, “The likelihood that the policy rate is at the lower bound more frequently risks eroding expected and actual inflation, which could further compress the room to cut nominal interest rates in a downward spiral.”

As for unemployment, Brainard wouldn’t commit to a continued rapid recovery, noting downside risks. “The pace of improvement may slow if a large portion of the easiest gains from the lifting of mandated closures and easing of capacity constraints has already occurred and moreover, weekly COVID case counts have been rising, and some states are ramping up restrictions.”

CPI
The consumer price index increased 0.6% in June after a 0.1% decline in May, according to the Labor Department.

Economists polled by IFR Markets expected it would gain 0.5%.

“The sharp economic contraction in the first half of 2020 has involved insufficient aggregate demand and placed downward pressure on prices,” said Roiana Reid, U.S. economist at Berenberg Capital Markets. “Sustained rapid growth in nominal GDP would generate excess demand and inflation, but that seems unlikely in the near term given the continued risks from COVID-19 in the U.S.”

In the past year, CPI grew 0.6%, on par with economists’ expectations.

Core CPI was 0.2% higher in June, its first increase since February.

Economists expected an increase of 0.1%.

“Today’s consumer prices report shows disinflationary pressures may have been short-lived but inflation concerns could become a 2021 story,” said Edward Moya, senior market analyst at OANDA. “Today’s rise in prices does nothing to change the Fed’s outlook with rates, but it could start to trigger some concerns that the inflation risk could quickly come to the surface once the global economic recovery is firmly back on track.”

Core CPI in the last year is up 1.2%, compared to the 1.1% economists anticipated.

“Technically, the risks of deflation are picking up, but who cares when one can’t afford to feed a family,” said Diane Swonk, chief economist at Grant Thornton. “The Federal Reserve can’t do much to influence food prices but Congress could, by authorizing subsidies to farmers and protocols on how to make meat and poultry processing more safe. “

NFIB small business optimism index
The Small Business Optimism Index rose to 100.6 in June from 94.4 in May, according to the National Federation of Independent Business.

“Small businesses are navigating the various federal and state policies in order to reopen their business and they are doing their best to adjust their business decisions accordingly,” according to NFIB chief economist Bill Dunkelberg. “We’re starting to see positive signs of increased consumer spending, but there is still much work to be done to get back to pre-crisis levels.”