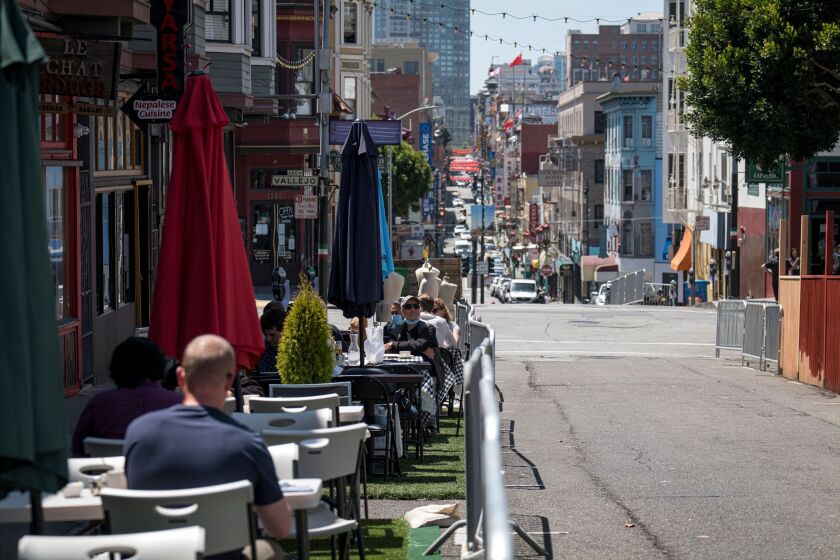 The city’s board of supervisors on Tuesday unanimously approved sending the “Health and Recovery” bond ballot to voters to decide in November. Mayor London Breed introduced the proposal in May.

“Not only do we need to recover from the economic downturn, but we need to heal the collective trauma felt by communities devastatingly impacted by the health crisis, isolation, and ongoing uncertainty,” said Board President Norman Yee.

For the city to issue the bonds, two thirds of voters will have to approve it and if they do the new issuance and outstanding debt would continue to be supported by the fiscal 2006 0.12% property tax rate, which is consistent with the city’s policy. The board said the GOs would also be congruent with the city’s 10-year capital plan.

The bonds would be used for investments in parks, open spaces, behavioral health facilities, and housing and shelter for homeless, mentally ill and drug-addicted people.

“Safe, healthy public spaces are essential to our mental and physical health, as well as our city’s recovery,” said San Francisco Recreation and Park Department General Manager Phil Ginsburg. “The park projects invest in the wellbeing of our communities, particularly those hit hardest by the pandemic and its economic impact. It is an investment that will pay dividends for generations.”

According to the city’s description of the bonds, San Francisco responded to the 2007 to 2009 recession with four deals totaling $1.732 billion aimed at improving the economy as well as addressing particular needs.

The board said it has estimated for every $1 million the city spent on construction, 5.93 jobs are created.

Highly rated San Francisco has $2.6 billion of GO bonds and $1.5 billion of lease-backed bonds outstanding, according to Moody’s Investors Service.

The city’s GO debt is rated Aaa by Moody’s, AAA by S&P Global Ratings, and AA-plus by Fitch Ratings. S&P and Fitch have stable outlooks on their ratings and Moody’s has a negative outlook on its rating.

About $207 million of the bonds would go to housing and/or treatment for homeless, mentally ill, or drug-addicted people. An additional $239 million would go to improving particular parks, recreation centers, playgrounds, and open spaces. The bond will also make investments in sustainability programs, the city’s Community Opportunity Fund, community gardens, and trails.

Fed’s Bullard says it’s too soon to discuss tapering bond buying
New York City may turn vacant retail space into Covid testing sites, says real estate mogul
With rates on the rise, investors fearing any signs of inflation
Bond king Jeffrey Gundlach says bitcoin is trading like it is in a bubble
How To Buy A Home In A Sellers Market