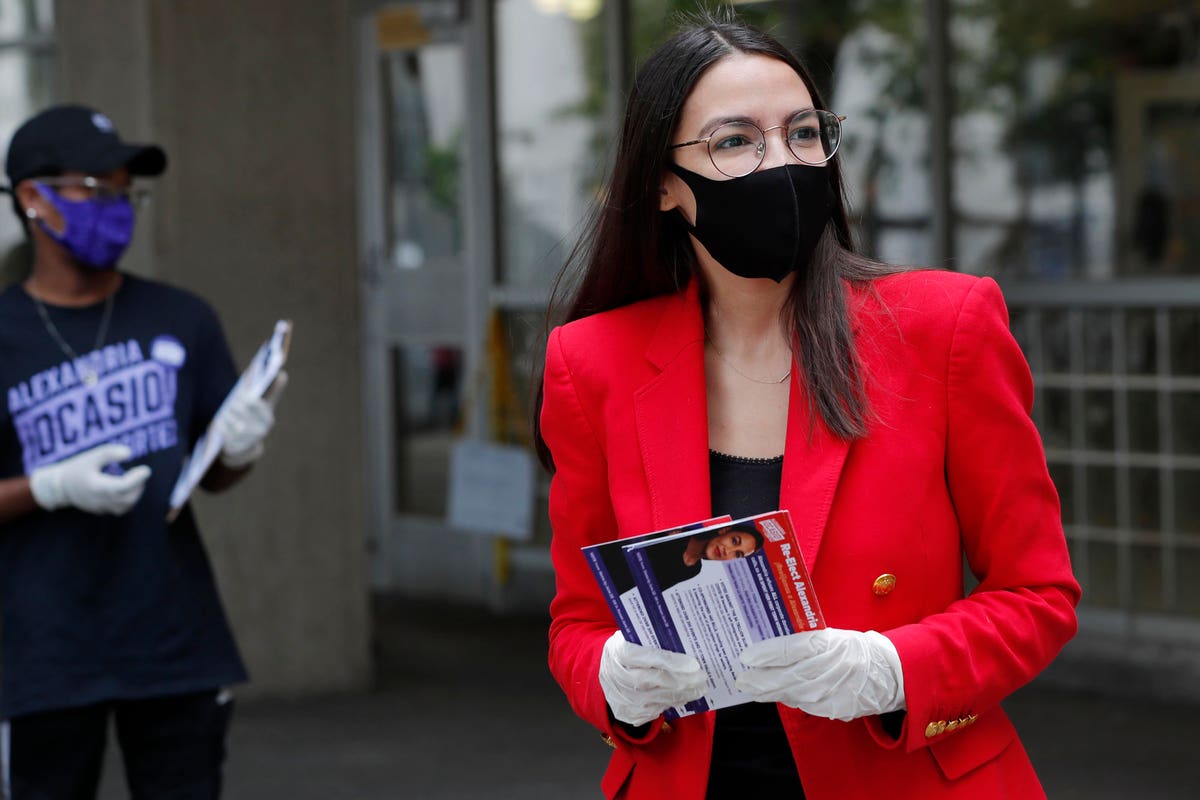 U.S. House Rep. Alexandria Ocasio-Cortez and Jamaal Bowman, an educator seeking a seat in Congress, came together Wednesday evening to call for rent relief, as eviction cases are largely expected to balloon over the summer, when displacement bans expire.

“We are in a housing crisis that is both so enormous and also so quiet at the same time,” Ocasio-Cortez said. “We are not hearing enough about it. One in four renters in NYC has not been able to pay rent since March or April.”

Both from New York, Ocasio-Cortez and Bowman hosted a virtual workshop on eviction defense, organized in collaboration with Housing Justice For All, a renter advocacy coalition. About 3,000 viewers joined the live streams on Facebook and Youtube.

“The moratorium on evictions [in New York State] is not really in place,” Ocasio-Cortez said, adding that renters need to read the “fine print.”

After New York Governor Andrew Cuomo narrowed down the scope of the eviction halt before rescinding a portion of it earlier this month, a current hold on eviction cases means that renters in the Empire State may not be brought to court until Aug. 6. A state law, moreover, mandates that renters can utilize Covid-19 hardship as an argument to remain in their homes, but landlords can still win monetary compensation for skipped rent.

Bowman, who declared victory against incumbent Rep. Eliot Engel in last month’s democratic primary in the 16th congressional district in northern Bronx and a portion of Westchester County, said that eviction stops are not the solution to housing challenges that have existed long before the Covid-19 outbreak.

“This is an opportunity for elected leaders to step in,” Bowman said. “The best thing we can do is to kick the can down the road on evictions? What will happen when the eviction moratorium is lifted?

Echoing that sentiment, Ocasio-Cortez succinctly outlined a way forward that would help both renters and landlords, many of whom oppose eviction bans for rent nonpayment as such rules could erode their ability to cover mortgages and pay staff.

“[S]uspend all mortgage payments in the U.S., so your landlord doesn’t have to make mortgage payments,” Ocasio-Cortez said. “The same way we are suspending student loans. And, tack [any deferred payments] to the end of your mortgage cycle […] and then [landlords] can cancel rent for tenants during that time.

“We have the plan. That is just one way to skin this cat.”

Ocasio-Cortez said that this “financial instrument” is no different than the $500 billion lending program the Treasury established to provide aid to large corporations during the pandemic.

“We already have the money” to address the rental crisis in the nation, Ocasio-Cortez said.

In late June, the U.S. House passed the “Emergency Housing Protection and Relief Act of 2020,” which, if adopted into law, would allocate $100 billion for emergency rent relief.

According to an Apartment List report, this month, 21% of renters are either “very” or “extremely” concerned about facing eviction in the next half a year, 3% more than in June. In the meantime, 32% of the tenants Apartment List polled failed to cover their full rent payment on time this month.

In New York, Cuomo announced yesterday a direct rent assistance program, funded through the CARES Act and intended for low-income families. Starting tomorrow, households in the state will be able to apply for up to four months (backdated to April) of rent aid.

“It’s critically important that people are able to stay safely in their homes as we progress through our data-driven, phased reopening, and the COVID Rent Relief Program reinforces that commitment with direct assistance to those in the greatest need,” Cuomo said in a statement.

Appellate arguments in Missouri court fight over appropriation pledge set for this week
Stocks making the biggest moves after hours: Facebook, Amazon, Ford and more
Tekla World Healthcare Fund: High Yield, Monster Expense
The gadgets and software that could help us return to the office
Explainomics: How to build an investment portfolio that supports racial justice