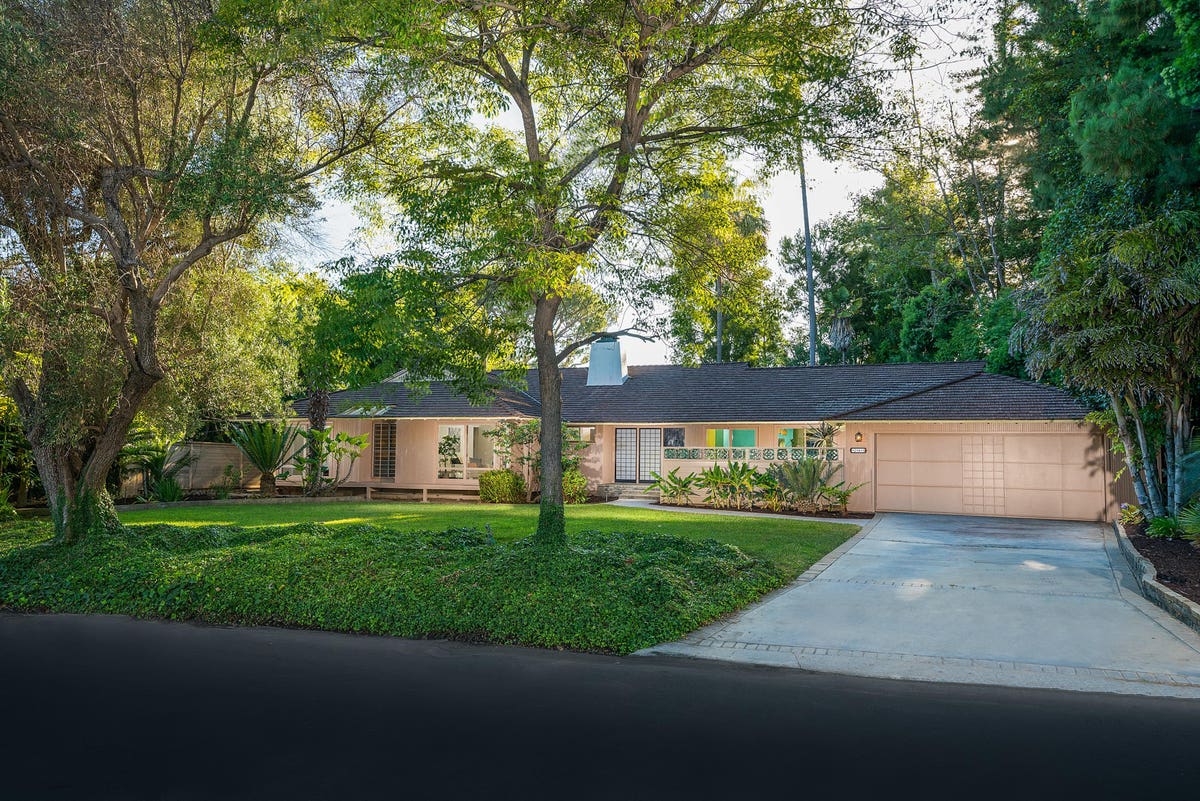 Get out the cheesecake: a mid-century home in Los Angeles that served as the exterior for cherished 1980s TV sitcom The Golden Girls has hit the market for the first time in 65 years, asking $2.999 million.

The Brentwood home dates back to 1955, when David Noble Barry III and his wife, Margaret Carr Barry, hired a notable Hawaiian architecture firm to model it after his father’s home in Honolulu.

A location scout for the show thought the home belonged in Miami and approached the family about shooting the exterior. The Barrys’ home was used in the show’s first season — interior scenes were filmed on a sound stage — and then the production used the architectural plans to rebuild the façade on a studio lot.

“They were happy to have their house used,” says the late couple’s son, James Barry.

Barry recalls how a man once asked permission to propose to his girlfriend, a Golden Girls fan, in the home’s driveway. After she accepted, Margaret Carr Barry brought out champagne. The couple later sent the family holiday cards (that presumably said, “Thank you for being a friend”).

“Mail just came recently to three of the actors saying how much (the letter writer) enjoy the show and how in a down moment it made them very happy,” Barry says.

The home, which is being sold in a trust, has its original kitchen, with turquoise Formica countertops and turquoise and avocado cabinets.

Listing agent Rachelle Rosten of Douglas Elliman says the listing and its Miami style, with high beamed ceilings, oak hardwood floors and walls of glass that open to a covered patio that you could call a lanai, has generated lots of interest.

And just as the show has fans of all generations, “the architecture still resonates today,” Rosten says.

Mortgage rates set another record low, but borrowers take a step back
Earnings: Semiconductors and telemedicine killing it, buying online exploding
The gadgets and software that could help us return to the office
Florida’s New-Home Communities Seen Leading The Nation Amid “Amazing” Rebound
Tennessee lawmakers to consider giving businesses immunity from coronavirus-related suits