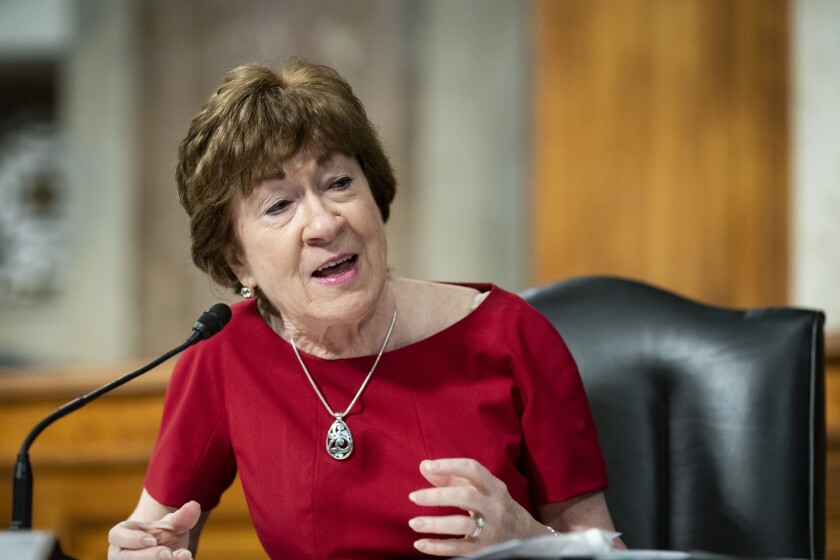 “Ms. Shelton has openly called for the Federal Reserve to be less independent of the political branches, and has even questioned the need for a central bank,” Collins said in a statement Monday. “This is not the right signal to send, particularly in the midst of the pandemic, and for that reason, I intend to vote against her nomination if it reaches the floor.”

Senator Mitt Romney of Utah said last week that he would vote against Shelton on the Senate floor. If two more Republicans join them, Shelton would be blocked from joining the Fed if all Democrats also vote against her.

On July 21 the Senate Banking Committee cleared Shelton’s nomination after a delay of more than a year, sending it for a vote by the full Senate. Shelton has faced strong opposition from Democrats for controversial views she has held, including support for a return to the gold standard.

In committee, the Shelton nomination was initially held up by Senators Richard Shelby of Alabama, John Kennedy of Louisiana and Pat Toomey of Pennsylvania. Kennedy, the last holdout, agreed to support the nomination this month after pressure from the White House. He said in an interview that he also plans to vote for Shelton on the Senate floor.

Senator Lisa Murkowski, an Alaska Republican who is close to Collins and has sometimes bucked Trump in the past, indicated last week that she was leaning toward supporting Shelton’s confirmation.

Collins faces a tough fight for re-election this year and has occasionally broken with Trump. She has declined to say whether she will vote for Trump in November.

Warren Buffett continues his Bank of America buying spree, bringing stake to 11.8%
Fitch lowers United States rating outlook to negative
How And Where Will We Work In The Future?
JPMorgan Chase partners with fintech start-up Marqeta to launch ‘virtual’ credit cards
Earnings: Housing is on fire, but apparel and restaurants are struggling