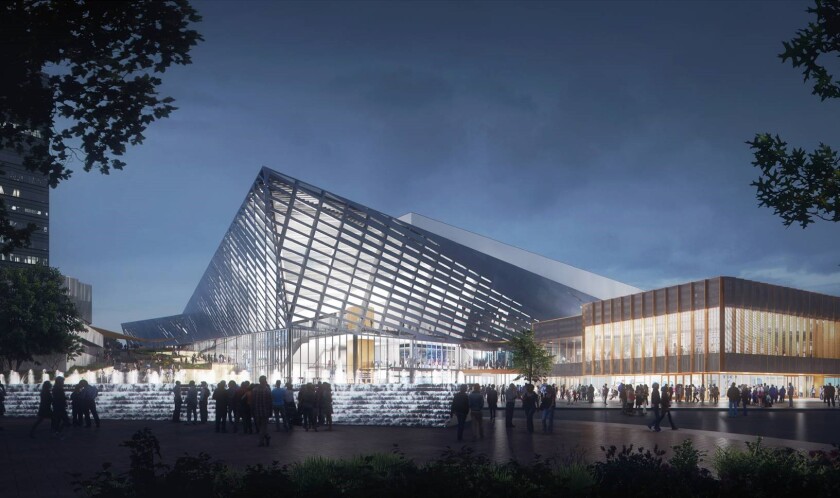 The bonds will restructure up to three years of payments on bonds issued by the Kentucky Bond Development Corp. in 2018 to finance a comprehensive renovation of the Lexington Convention Center and the Rupp Arena, home to the University of Kentucky Wildcats men’s basketball team.

The 2018 bonds were issued in two deals: $110.8 million convention facilities revenue bonds and $97 million of senior and subordinate transient room tax revenue bonds. The senior bonds’ final maturity is in 2048.

When the spread of COVID-19 worsened in March, causing sporting, convention and entertainment events to be cancelled, the convention center and arena started to see a “severe and sudden drop off” in revenues supporting the 2018 debt, said Commissioner of Finance Bill O’Mara.

Those revenues have declined 90%, he added.

“This is a new time for everybody,” O’Mara said in an interview. “In this case, we think a two-to-three year recovery is what the best economic people are saying until the Lexington Center can go back to paying [the bonds] with their own revenues.”

O’Mara said the city has never used a “scoop and toss” procedure, and thought carefully about how long to restructure the outstanding debt.

Richard Ciccarone, president of Merritt Research Services, said he doesn’t usually like scoop and toss deals because they tend to be misused by some cities and states that neglect their finances.

In the case of Lexington-Fayette County, he said, a national catastrophe has created an unforeseen circumstance.

“I really do think it’s important to provide some allowance for restructuring,” Ciccarone said. “In this case, I think it’s reasonably understood as rare and unusual, and I think you can justify a reason to put a restructuring in place until things go back to normal.”

The refunding bonds being issued Tuesday will pay for capitalized interest through and including March 1, 2023, and will be backstopped by the full faith and credit general obligation pledge of the Lexington-Fayette Urban County Government.

The debt will mature from 2049 to 2053, a period that will include the useful life of the renovated facilities, O’Mara said.

The GO pledge earned the deal ratings of Aa2 from Moody’s Investors Service and AA from S&P Global Ratings, matching the GO ratings of Lexington-Fayette County. Both rating agencies said the outlook is stable.

Moody’s said Wednesday the “pending refinancing serves as an example of the credit-positive effect that active management, either by an issuer itself or related parent government, can have on bonds secured by declining revenue due to an event such as the coronavirus-induced economic downturn.”

“This type of active management broadly fits into two categories. First, issuers are taking steps to improve the credit standing of their own special tax bonds,” said Moody’s analysts. “The second category is a parent government intervening on behalf of another issuer’s special tax bonds.”

Mayor Linda Gorton said she was pleased that Moody’s and S&P reaffirmed Lexington’s bond ratings with a stable outlook.

“Receiving a stable outlook in the midst of the COVID-19 epidemic is quite an accomplishment for our city,” Gorton said in a statement. “It’s the result of strong fiscal management, and a reflection of the strength of our regional economy.”

Gorton also acknowledged the rating affirmations were part of the bond restructuring for the renovation of the Lexington Center, a deal necessitated by the decline in revenues caused by the pandemic.

“With the severe impact on the hospitality industry, Lexington Center’s revenue decline was immediate,” Gorton said. “To keep the renovation project going, and to protect a vital economic engine for downtown and the community, the city needed to step in and assist. The restructuring affords Lexington Center, Lexington, and the sport, entertainment, and hospitality industries time to weather COVID’s economic shock.”

O’Mara said renovation work has been underway for a year, and there’s at least another year of construction to go. The Rupp Arena work was completed ahead of schedule due to the coronavirus and is available for the University of Kentucky to play basketball “if there is a season.”

“Uncertainty is one of the driving factors why we thought we needed a two-to-three year runway to establish revenues to meet the bond payments … and do this scoop and toss,” O’Mara said.

The UK men’s basketball schedule currently shows games for the 2020-2021 season starting Nov. 10 against the University of Kansas. However, all games are denoted “to be announced.”