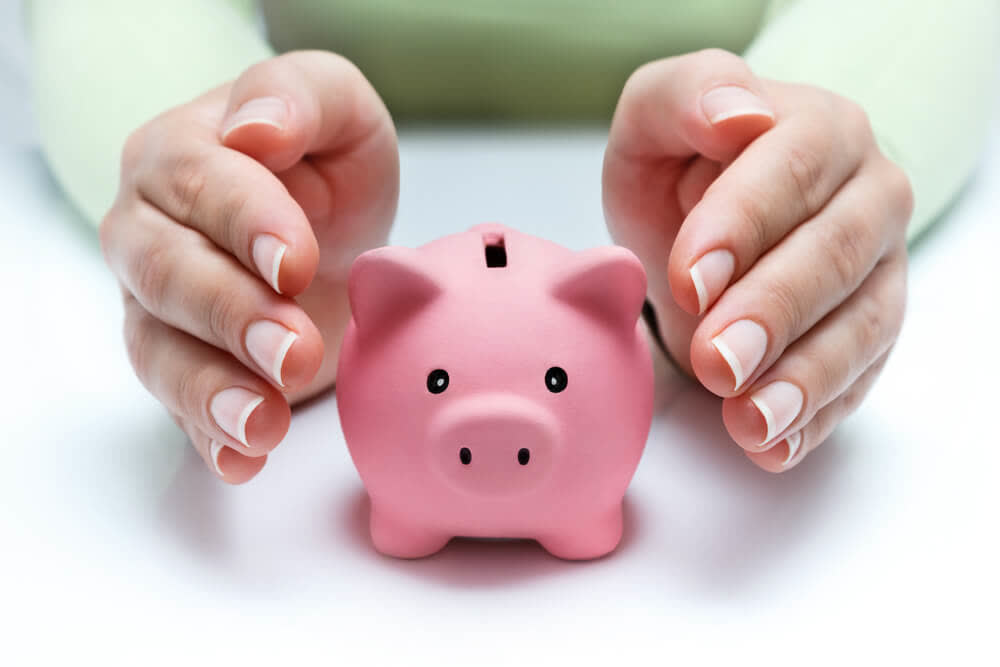 When the stock market’s push toward (or past) all-time highs does not seem consistent with a weakened global economy, fear sets in. While history suggests that staying out of equities altogether is a bad idea over the long term, it’s understandable that many investors might want to take a more defensive stance in the current environment.

Recently, I have been exploring ideas that could lead to decent results without exposing a portfolio to too much downside risk. So far, I have looked at multi-asset class diversification through a risk parity strategy, a “black swan” fund, and an ETF that protects against so-called “tail risks.”

Today, I stay within the realm of equities and assess whether a low-volatility approach to investing in stocks might make sense. For this exercise, I looked at the iShares Edge MSCI Min Vol USA ETF (USMV). 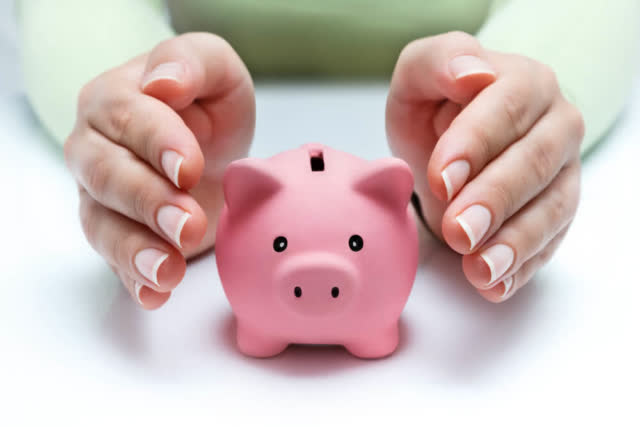 What the fund is

The iShares Edge MSCI Min Vol USA ETF tracks an index composed primarily of large and mid-cap US stocks that “in the aggregate, has lower volatility characteristics relative to the broader U.S. equity market.” Targeting lower volatility has resulted in the following portfolio characteristics, both of which point at more stable historical fund performance:

In practice, seeking lower volatility has led to different portfolio weightings compared to the key equity benchmark. As the graph below depicts, USMV is much more heavily exposed to the utilities and consumer staples sectors, and less so to tech and communication services. 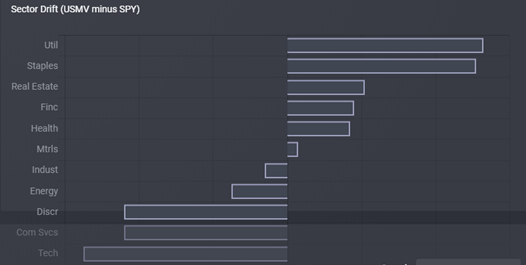 Also worth noting, USMV seems better diversified than the S&P 500. As of July 31, not a single stock accounted for more than 2% of the fund’s assets, while four Big Tech names added up to at least 2% of the S&P 500. Also, the most significant of USMV’s sector exposure is tech, at 22.6%, while the S&P 500’s allocation to this same space is nearly five percentage points higher.

How USMV performed during tough times

Historically, USMV has been unable to beat the performance of the benchmark in absolute terms. The ETF produced returns of 13.3% since its 2011 inception, lagging the S&P 500 by about 90 bps. However, the fund’s volatility has been over 250 bps lower than the S&P 500’s, pointing at superior risk-adjusted performance: Sharpe ratio of 0.94 (assume zero interest rate) against the broad market’s 0.85.

I believe that the fund has achieved the feat for a couple of key reasons. First, the sector allocation leans more heavily toward some of the least cyclical industries. Second, the portfolio has been better balanced and less exposed to the ups and downs of one or two particular groups of stocks.

But when it comes to protecting the downside against sizable losses, USMV has failed to add value when it mattered most. The graph below tracks the ETF’s maximum drawdowns minus the S&P 500’s peak-to-trough declines over time. In other words: The higher the blue line below, the closer to its peak the USMV has been relative to the broad market. 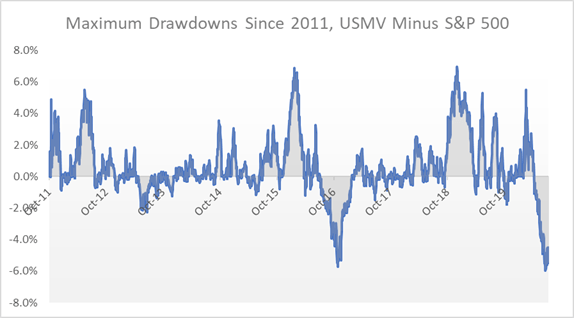 Notice that the line stayed in positive territory more often than not, which is good news at first glance. Even during the stock market malaise of late 2015 and quasi-bear of 4Q18, USMV did a decent job protecting a portfolio against sizable losses. In late 2018, when the S&P 500 dropped 19% from the peak, the minimum volatility fund dipped no more than 13% and returned to all-time highs almost two months ahead of the broad market.

However, during the sharper decline of 2020, USMV fell apart: Maximum loss of 33% that was very much in line with the S&P 500’s decline. Worse yet, the ETF is currently still 8% off the peak, while the index is within striking distance of record levels once again.

There are enough data points suggesting that USMV has done a good job at minimizing day-to-day “market jitters.” Therefore, this ETF may be appropriate for investors who prefer not to see their portfolios’ value swing much in the shorter term – although, this being the case, I question whether they should be participants in the risky stock market to begin with.

But when it comes to limiting meaningful losses and helping a portfolio to recover from major drawdowns, USMV has failed its big test. Sure, it might not be fair to draw firm conclusions based on one single bear market in the fund’s history. However, it makes more sense to me that a different approach (e.g. asset class diversification, black swan strategy, tail-risk protection) would be better at defending a portfolio against overwhelmingly bearish events like a global pandemic or economic recession.

Think outside the box

“Thinking outside the box” is what I try to do everyday alongside my Storm-Resistant Growth (or SRG) premium community on Seeking Alpha. Since 2017, I have been working diligently to generate market-like returns with lower risk through multi-asset class diversification. To become a member of this community and further explore the investment opportunities, click here to take advantage of the 14-day free trial today.