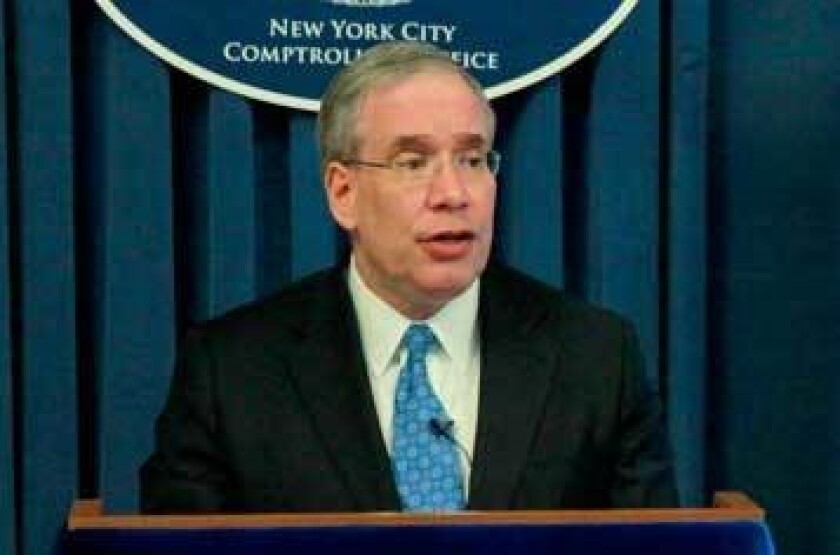 De Blasio issued an executive order March 17, when the city needed to quickly purchase ventilators and personal protective equipment as the COVID-19 pandemic escalated, suspending the requirement that Stringer’s office sign off on most city procurement contracts.

The city has already paid out more than $1.5 billion on these emergency contracts.

“Now that our city is in Phase 4 of reopening, the suspension of the checks and balances that govern our emergency procurement process can no longer be maintained,” Stringer said in his letter to the mayor.

An increasing number of contracts, he said, “have unclear direct relevance” to the pandemic. Whereas in April, 19% of registered COVID-19 emergency contracts were for PPE, according to Stringer, in June, PPE accounted for only 3% of all contracts.

“It has been reported that a number of COVID-19 related contracts worth tens of millions of dollars have been canceled or not fulfilled,” he said. “These same reports also indicate that many of these contracts were with vendors that lack the necessary capacity or relevant experience, or even have criminal backgrounds.

“Given these facts, it is imperative that my office resume its charter-mandated role of safeguarding taxpayer funds.”

Stringer’s report followed revelations that several COVID-19 related contracts worth tens of millions of dollars have been canceled or left unfulfilled by vendors lacking the capacity or relevant experience.

“All our agencies had to work together to get whatever PPEs we could for a period of time,” de Blasio said at his daily briefing on Tuesday. “We worked with a variety of companies. My understanding is the companies we worked with were able to produce a lot for us when we needed it.

“The larger point is I haven’t seen the specifics of what the comptroller put forward, but I would say the obvious, this crisis isn’t over,” he added.

The coronavirus has claimed the lives of 23,662 New Yorkers as of Monday, according to city data. Health officials include deaths reported as COVID-19 or equivalent, without positive laboratory tests.

The city is also facing a $9 billion operating budget gap through the next fiscal year due to a massive drop in tax revenue.

At the end of the fiscal 2020 second quarter, the city had about $38 billion of general obligation debt outstanding. The Transitional Finance Authority and Municipal Water Finance Authority carry about $39 billion and $31 billion, respectively.