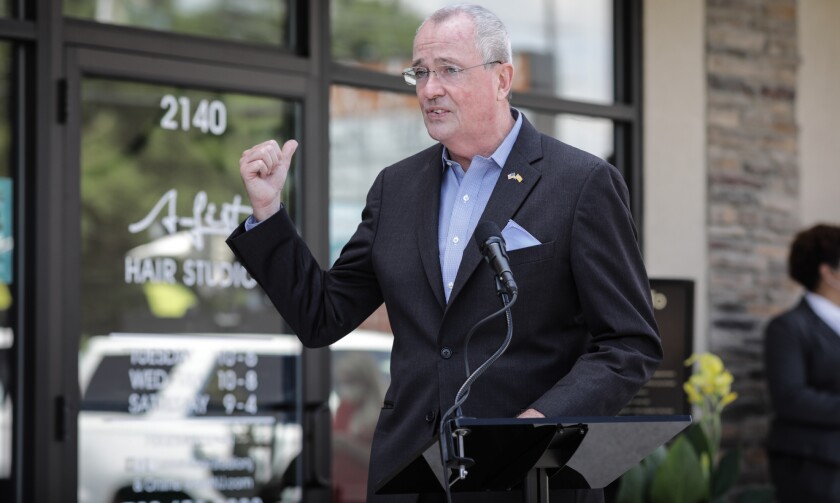 Murphy signed the legislation Monday three weeks after issuing a conditional veto noting opposition to the proposed 10-year period municipalities would have had to pay back general obligation bonds.

The vetoed bill would have permitted municipalities to issue “coronavirus relief bonds” backed by property taxes at an amount of up to 30% of their annual budget. The original legislation also said local governments would have had 10 years to repay the debt and the chance to seek Local Finance Board approval for a longer repayment period if needed.

The amended borrowing measure Murphy signed enables localities to borrow for up to five years. The repayment period on the bonds could be extended to 10 years if local governments can show that debt service costs would “present a significant financial hardship” that includes a need to increase the tax levy by more than 2%.

“It provides some flexibility for some of the more challenged local governments that may not have a high level of reserves to buffer some of these additional costs and lost revenues,” said Fitch Ratings analyst Kevin Dolan. “It provides them an ability to borrow and pay for the costs over five years as opposed to building into next year’s budget. It spreads out the ability to recoup lost revenues and higher expenditures over a reasonable period.”

Dolan said the credit impact for local governments who borrow to sustain operating costs will depend on how the individual municipalities replenish reserves in future budgets.

Murphy also stressed in his veto that he wanted the altered measure to enhance New Jersey’s existing borrowing mechanisms available through its Local Finance Board rather than authorizing expanded borrowing.

The final legislation also allows local governments to increase the tax levy to account for increased mid-year budget appropriations needed to fund emergency COVID-19 expenses. The higher taxes would not be subject to approval from the Local Finance Board that are typically required for municipalities when they exceed the state’s property tax cap.

“The COVID-19 pandemic and the ensuing economic crisis has left no corner of our state untouched,” Murphy said in a statement. “In the absence of much-needed federal assistance, this legislation will provide an important tool to New Jersey’s municipalities and counties, allowing them to have access to the funds needed to continue serving residents.”

The New Jersey League of Municipalities lobbied hard for the legislation this summer noting that local governments across the state have been hampered by lost parking and permit fees as well as court fines. Municipal leaders are also expecting revenue dips later this year from property tax appeals.

“Local governments are experiencing significant declines in revenue during this pandemic and for the foreseeable future, most of which will not be recaptured,” Michael F. Cerra, executive director of the New Jersey League of Municipalities, said in a statement. “This new law will provide needed flexibility to maintain essential services, control property taxes and address this unprecedented financial distress.”