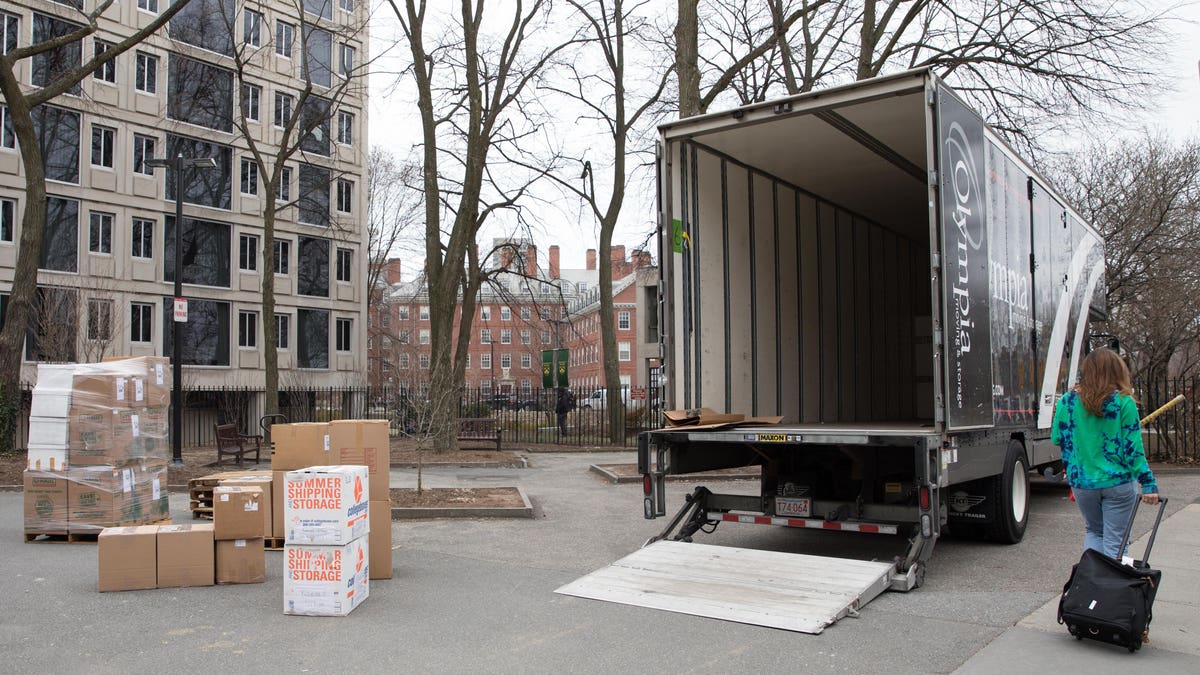 Back in April, as it was becoming clear that the Coronavirus pandemic would have a lasting impact on everything from the future of work to religious worship, a Harris Poll survey found that nearly 40 percent of urbanites were considering absconding cities for less-crowded environments. Since then, most of the evidence for such exoduses have been anecdotal, leading some commentators to call the stories of people fleeing cities “total nonsense.” Indeed, a more recent Harris Poll survey from August found that 74 percent of urbanites were likely to remain in their city.

Yet, people are in fact moving. Data from moving companies indicate a significant uptick in moving activity and a material shift in where people are moving to. In an analysis of their user data, online mover marketplace HireAHelper found that the pandemic has driven an abnormally high percentage of emigration out of major urban centers like San Francisco, New York, Los Angeles and the Greater Washington D.C. Area and to small and medium-sized cities (SMCs) like Scottsdale, Durham and Columbus. Similarly, FlatRate Moving company in New York City told The New York Times that the number of moves it conducted between March and August for people moving out of the city entirely was up 50 percent year over year.

Admittedly, many of these moves may not be permanent. There are a number of data points that suggest people did relocate at the onset of the pandemic, but only temporarily. Such temporary moves might explain why Scottsdale, for example, ranked so high in HireAHelper’s list of destinations. Regardless, some of the moves are likely to be permanent as evidenced by the number of renters giving up their apartment leases. Zillow data indicates that the national rental market has been disproportionately impacted in major urban centers, implying that renters are swapping one lease for another somewhere else. Such is the case in San Francisco and New York City, where rental inventory is up 96 percent and 26 percent year over year respectively.

Some have cited housing inventory data from Zillow suggesting that there has not been a material increase in suburban demand relative to urban areas. This data, however, is problematic for a number of reasons. First, using home buying data alone to track migration introduces a sample bias since it excludes many already transient Millennials, only 43 percent of whom own their own homes—a rate markedly lower than other generations. Second, the Zillow data set is aggregate data. The amount of Covid-driven migration likely varies greatly from city to city. For example, The New York Times reports that the suburban counties surrounding New York City saw a 44 percent bump in home sales in July from the prior year. It also bears mentioning that the definition of suburb is not uniform across the various studies and articles. In the aforementioned Times article, for instance, Maplewood, New Jersey is labeled a suburb, even though it’s still solidly within the New York City metropolitan statistical area, and under a 15-minute drive to Newark Liberty International Airport.

Ultimately, there’s no conclusive measurement of just how many people are moving out of cities permanently. The existing aggregate data is, as some have observed, inconclusive at best or contradictory at worst. Regardless, it’s safe to say that some people are indeed permanently leaving certain cities for smaller cities or nearby suburbs. Per the most recent Harris Poll, it seems unlikely that city dwellers would leave the city they love for a far-flung suburban or rural destination that might lack the professional opportunities and cultural amenities they’re accustomed to. Adjacent suburbs and small and medium-sized cities, on the other hand, can offer the best of all worlds: more space, lower cost of living, and sufficient social, economic and cultural opportunities. In fact, even pre-Covid larger metros were struggling to maintain population growth while SMCs were experiencing gradual increases, particularly those in the middle of the country. Covid could simply be exacerbating this larger secular trend away from big, expensive, crowded cities to smaller, cheaper, more peaceful ones.

This does not mean that America’s most prominent cities are dead, as some have argued. Cities like New York City and San Francisco will undoubtedly survive and may even see a surprisingly rapid recovery as declining rental prices foster new demand. The debate over the fate of large cities, however, is only one dimension of the discussion. The relatively small percentage of people leaving major metros won’t materially affect those cities in the long-run, but the SMCs and suburbs they move to will benefit immensely from their arrival. Take New York City’s population of 8,336,817 (2019) for instance. If 1 percent of New Yorkers moved to Milwaukee, Wisconsin, they would represent a 14 percent increase in the latter city’s population. Those permanently leaving big cities don’t represent a catastrophic population loss to those cities, but they represent meaningful growth to the SMCs and suburbs they’re moving to. Because many pundits live in big cities, their focus through the pandemic has been on the impact of population shifts on those cities, but few have considered the impact on the smaller cities many of these people are moving to.

A sudden, relatively sizable influx of newcomers and homecomers from the coasts could be transformative for big towns and small cities, especially those in the heart of America. The impact of these migrations may be felt in a number of ways. First, while population growth is not the sole driver of GDP growth for any city, it is a major contributing factor. The influx of people alone can help spur immediate additive demand for a variety of goods and services, particularly housing, food, furniture and cultural attractions. Second, because the Northeast, West Coast and the Washington D.C. area have higher percentages of highly educated individuals, the people moving from dense coastal cities to smaller cities across the country may contribute greatly to the intellectual capital of their new homes. Some studies have intimated a correlation between educational attainment and geographic mobility, suggesting that these more educated citizens are more likely to be the people moving. One city’s brain drain is another city’s brain gain. Third, professionals moving from GaWC Alpha cities, i.e. major globally connected hubs, will bring with them a different and potentially more cosmopolitan set of perspectives that could help foster cultural and ideological diversity in secondary markets across the country. Fourth, the movement of a non-trivial number of people from Alpha cities to smaller cities and suburbs may help those municipalities retain citizens who otherwise may have moved to highly romanticized cities like New York or Los Angeles. If people who have lived in a mid-America SMC or isolated suburb their whole lives see people moving from the major metros to their city, bringing with them novel tastes and perspectives, they may be less inclined to exchange their hometowns for bigger cities. The grass may seem greener on the other side, but that perception can change quickly if people from the other side keep leaping the fence to get to yours.

Again, it doesn’t take hundreds of thousands of new residents to have a major impact on a city of 500,000. The loss of a couple thousand residents won’t materially impact New York City or Los Angeles, but even a handful of those people could have an outsized impact on cities like Omaha, Des Moines or St. Louis.

Understandably, many commentators and pundits have focused on the fate of big cities—the cities they live in. These cities may change, but will probably be just fine. The truth, however, is that small and medium-sized cities and under-the-radar suburbs stand to gain more from small population increases than big cities stand to lose from small population decreases. Municipal officials, economic developers and chamber of commerce leaders in these smaller markets should pay close attention to Covid-driven migration trends and work together to capitalize on newcomers, adopting an approach that builds on endemic strengths while also incorporating the culture, skills and perspectives that their new residents will bring with them.

Stocks making the biggest moves in the premarket: FedEx, Adobe, Kodak, Tapestry, DraftKings & more
TAIL: Profit From A Market Downturn With This ETF
Week’s $12.6B calendar features deals for airports, sports venues
Home Buyer Opendoor Is Going Public In $4.8 Billion Merger
A record number of borrowers can now save on a mortgage refinance, as rates set another historic low