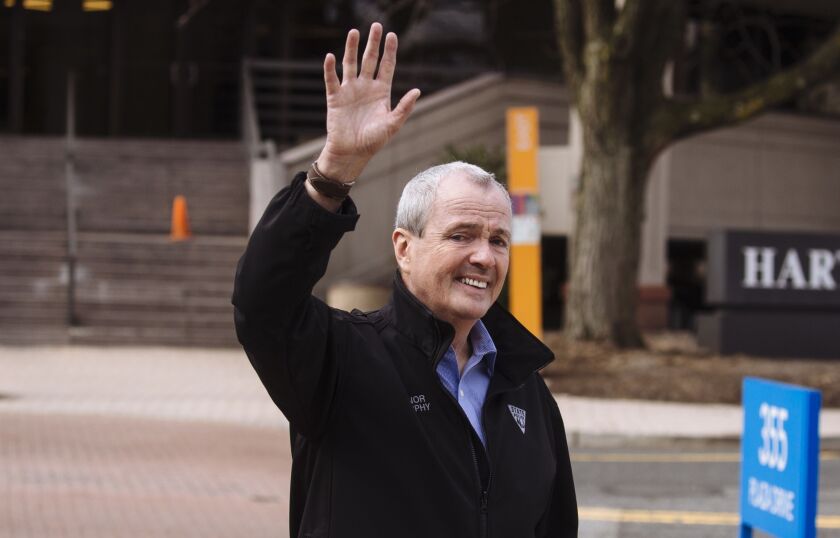 New Jersey Gov. Phil Murphy’s administration faces a fast-approaching deadline to finalize its borrowing strategy for the next fiscal year to combat expected revenue losses caused by the COVID-19 pandemic.

Murphy has proposed a $32.4 billion budget for a shortened nine-month 2021 fiscal year starting Oct. 1 that would include $4 billion of borrowing either through general obligation bonds or short-term debt through the U.S. Federal Reserve’s Municipal Liquidity Facility program.

Any borrowing would be subject to approval from a four-member legislative commission.

State Treasurer Elizabeth Maher Muoio said her Office of Public Finance is evaluating both funding options with the goal of attaining the most favorable interest rates and has a goal of completing the process by Sept. 30, before the deadline for enacting a fiscal 2021 budget.

She said the Department of the Treasury department will draft documents for the bond issuance, accompanied by the list of spending appropriations to be financed through the borrowing to be presented to the legislative commission.

“This is an extraordinarily tight turnaround,” said Muoio during testimony before the state Senate Budget Committee on Sept. 8. “But if anyone can handle this challenge, it is this Treasury team with whom I am fortunate to serve, dedicated professionals who have deftly overcome hurdles left and right since the pandemic began.”

The Murphy administration issued requests for proposals on Aug. 25 seeking underwriters who would provide analysis on benefits of borrowing through the issuance of GO bonds in in the public markets or the MLF.

The Fed reduced interest rates at the MLF in each category by 50 basis points last month, but market observers have said the fees likely still not be attractive to a majority of issuers. It launched the MLF as a backstop for borrowers this past spring following congressional passage of the CARES Act, a coronavirus relief package.

Illinois and New York’s Metropolitan Transportation Authority are the only two issuers so far to utilize the $500 billion central bank facility. The MTA has high A-level bond ratings while Illinois, at the BBB-minus level, is the only U.S. state rated lower than New Jersey.

The Garden State’s debt rated A-minus by S&P and Fitch Ratings, A3 by Moody’s Investors Service and A by Kroll Bond Rating Agency.

The “New Jersey COVID-19 Emergency Bond Act” Murphy signed July 16 authorized GO bonds with up to 35-year maturities. The state’s current 6.625% sales tax and local property taxes collected by municipalities would be increased if general budget revenues were insufficient to meet debt service requirements, according to the bill.

“I think it comes down to rates and terms,” said Lisa Washburn, managing director at Municipal Market Analytics. “Assuming rates are similar, the public bond market will likely give New Jersey more flexibility to borrow for longer since the term of a loan under the MLF is limited to 3 years. The longer term debt may cost more, but short-term debt needs to be paid back or refinanced, which has risks too.”

“They may get a lower interest rate on the MLF facility, but because it only goes for three years there could be a potential rollover risk so you don’t know what the interest rate is going to be when you refinance,” Hitchcock said. “It is hard to conceive that you will have lower interest rates than you have today so when you refinance there is always the risk rates will have risen regardless and there is always the question of market access three years from now.”

In addition to borrowing, Murphy’s spending plan relies on $1.1 billion of new revenues from proposed tax increases. One of the revenue raisers is a millionaire’s tax the Democratic governor has unsuccessfully pushed since getting elected in 2017, which would generate around $390 million. It would raise the marginal rate on annual income above $1 million to 10.75% from 8.97%.

Democrats control both chambers of the legislature, but some Assembly budget committee members spoke out following a Sept. 9 hearing urging caution on the amount of borrowing and need for new taxes.

The legislature adopted a $7.6 billion stopgap budget from July 1 to Sept. 30 after lawmakers opted to extend the 2020 fiscal year by three months from its June 30 to Sept. 30.

“Throughout this process, we must be careful when deciding if revenue raisers will be necessary in the budget to ensure we do not do more harm than good for the most vulnerable among us,” Assemblywoman Carol Murphy, D-Mount Laurel, said in a statement. “It is undeniable this year’s budget will require difficult choices as we seek ways to help New Jersey get through this crisis, which is exactly why we must carefully consider and discuss every option before we proceed.”

Murphy has also pitched permanently incorporating the 2.5% corporate surcharge that was scheduled to drop to 1.5% in fiscal 2021 before expiring in 2023, which he says would net the state around $210 million of revenue. The governor is also seeking to up the cigarette tax to $4.25 per pack to yield an estimated $143.1 million.

The budget proposal would allocate nearly $4.9 billion toward New Jersey’s underfunded pension system to bring it up to an 80% actuarially determined contribution level. The state is on pace to reach a full ADC funding ratio in fiscal 2023.

Frenzy in options trading could make this week more volatile for some favorite stocks
A record number of borrowers can now save on a mortgage refinance, as rates set another historic low
Actor Anthony Edwards Of ‘Top Gun’ And ‘ER’ Fame Lists Manhattan Penthouse
CEF Insights Market Update: September Review
SPDR Dow Jones ETF: History Is On Its Side