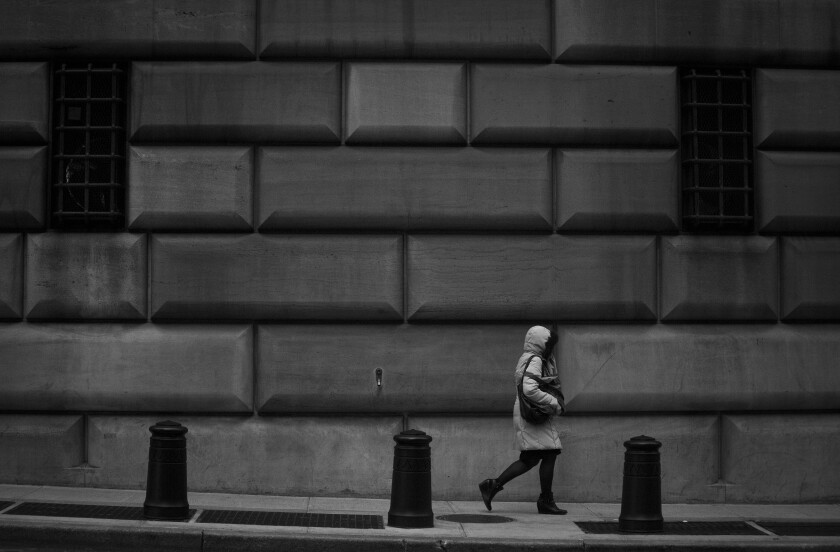 Consumers’ view of the economy was less pessimistic in August, according to the Federal Reserve Bank of New York’s Survey of Consumer Expectations.

Expectations for home price gains returned to pre-pandemic levels, according to the survey, and respondents don’t foresee delinquencies, but spending, income and labor projections still trail levels from before the coronavirus pandemic.

Uncertainty about inflation rose in August, “and remains elevated relative to pre-COVID-19 readings.”

Home price change expectations, which dropped to an all-time low of zero in April, rose to 2.8% in August from 2.0% in July. Its 2019 average was 3.0%. “The increase was broad-based across demographic groups and Census regions,” the survey said.

The mean unemployment expectations, which measures the mean probability the unemployment rate will be higher in one year, dipped to 39.1% in August from 39.3% in July. Respondents saw a higher chance of losing their job in the next year, with that number rising to 18.0% from 16.0%. Those without a college education and those earning less than $50,000 a year were behind the gain.

Income growth expectations rose to 2.2% in the month while spending growth forecasts held at 3.0%.

The survey contrasted with the latest read of consumer confidence from the Conference Board, which showed increasing pessimism.

“Consumers’ optimism about the short-term outlook, and their financial prospects, also declined and continues on a downward path,” Lynn Franco, Senior Director of Economic Indicators at The Conference Board, said when the survey was released on Aug. 25.

Separately, Morgan Stanley Research said Congress failing to approve another stimulus could delay recovering to pre-pandemic levels until the last quarter of 2021 from its current prediction of the third quarter of next year.

“Passage of a smaller package would be less consequential, pushing the return to pre-COVID-19 levels back by one quarter to 3Q21,” Ellen Zentner and Michael Zezas wrote.

While the economy has recovered better than they expected, and didn’t decline as much as forecast as a result of fiscal aid, without further federal assistance, they expect additional layoffs that would stop the decline in the unemployment rate and slow the recovery.

“With the help of a stronger rebound in revenues, the hole in state and local budgets is not as large as it might otherwise have been, but states like New York, New Jersey, California and Texas may have been holding off on deeper job cuts in anticipation of receiving federal aid,” they write.

“Clearly, the stakes are high, and boots-on-the-ground information suggests negotiations remain highly fluid,” they continued. “Financial markets aren’t likely to appreciate a no-pass scenario, which could lead to sustained tightening in financial conditions. Tighter financial conditions, coupled with a deteriorating labor market outlook, are developments the Fed would take steps to offset. In our view, these actions most certainly would include extending the duration and size of its asset purchases. But we aren’t there yet, and Chair [Jerome] Powell is likely to remind us of that at the post-FOMC press conference this week.”