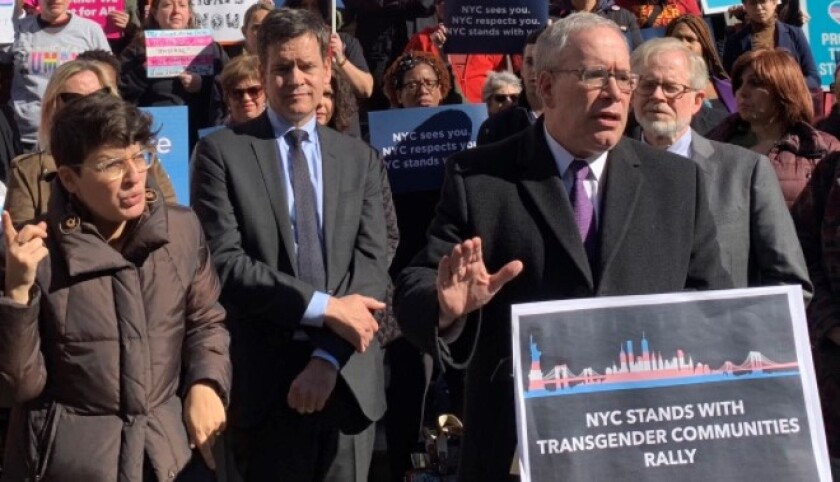 The systems called on 67 companies to match their statements to concrete action, by publicly disclosing their annual Consolidated EEO-1 Report data. Currently, this data on diversity disclosure and lets investors see the performance of firms in terms of their ability to hire, retain and promote women and employees of color.

The comptroller has championed many initiatives to help women- and minority-owned business enterprises and made social justice issues a priority during his tenure.

“It is not enough to condemn racism in words. I applaud these leading companies for taking this critical first step where they will make a direct impact within their own workplaces and set the tone for EEO-1 Report disclosure across the market,” Stringer said.

There had been only 29 public companies that disclosed this data, of which only 14 were in the S&P 100. The campaign resulted in a 243% increase to 48 the number of S&P 100 firms reporting.

“Companies are strongest when their workforce reflects the diversity of America and I commend the CEOs of these leading companies for taking steps toward better transparency and representation,” Stringer said. “We still have much more work to do, and together with the New York City Retirement Systems we will continue building on this success to hold companies accountable and create meaningful, systemic change in corporate America.”

New York City is one of the largest issuers of municipal debt in the United States. At the end of the second quarter of fiscal 2020, the city had about $38 billion of general obligation debt outstanding. That’s not counting the various city authorities, such as the Transitional Finance Authority, which has $39 billion of debt and the Municipal Water Finance Authority, which has $31 billion outstanding.