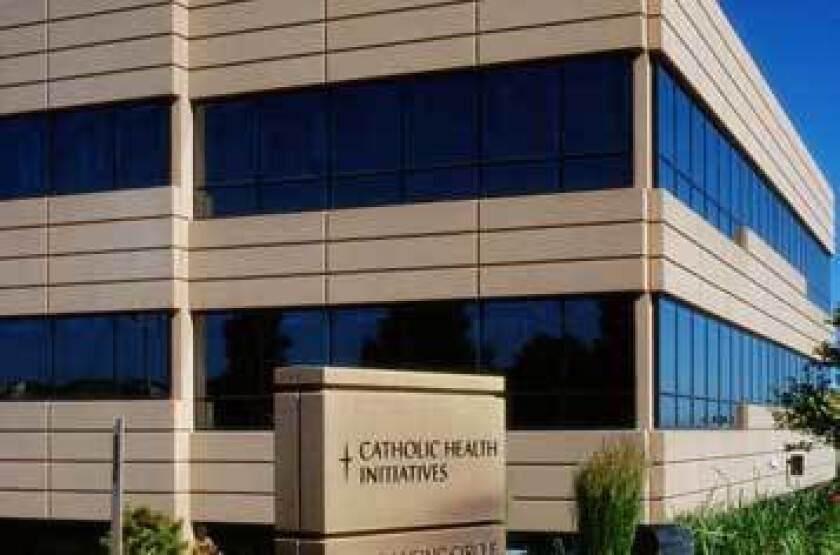 Chicago-based CommonSpirit Health is eyeing the possible sale of up to $2 billion in the fourth quarter, the Chicago-based system reported in an investor notice.

The system reported it was “currently evaluating” the financing to restructure and/or refinance existing debt including outstanding direct purchase bonds and to finance and reimburse itself for up to $750 million related to capital projects.

“Any refinancing of the prior bonds or financing and reimbursement of capital projects is dependent on the issuance of one or more new series of taxable and tax-exempt bonds and may depend on the market and other conditions,” read the notice posted on the Municipal Securities Rulemaking Board’s EMMA website.

Morgan Stanley, Citi, and JPMorgan would serve as senior managers if the system moves forward.

CommonSpirit in 2019 won The Bond Buyer’s Deal of the Year Award.

Applications are currently being accepted for Bond Buyer Deal of the Year Awards. You can apply here.

The system was created in February 2019 with the merger of California-based Dignity Health and Colorado-based Catholic Health Initiatives. The system operates 142 hospitals in 21 states with $30 billion of revenue. The new system issued $6.5 billion of tax-exempt and taxable debt later that summer to restructure debt and raise some new money.

The system reported earlier this year in a COVID-19 pandemic update it was “monitoring liquidity and cash flow daily” and “taking prudent steps to protect our fiscal health, including a focus on maintaining sufficient liquidity and resources to meet all of its obligations.”

The system reported $11.6 billion in daily and weekly liquidity at the close of its fiscal year June 30 that rises to $15 billion with additional longer term investments and holdings that could be drawn on if needed.

The system also said contingency plans early in the pandemic included a review of capital spending, accounts payable, cash flows and portfolio performance that was expected to impact its pension funded status.

The system reported a 40% volume decline early in the pandemic as elective procedures were halted and other measures were undertaken to prepare for a surge in COVID-19 cases. The overall sector has been in recovery mode since May as elective surgeries and procedures resumed depending on local and state mandates. The system has not yet posted its fiscal year-end full results on its investor website that includes quarterly updates.

The system was helped in the fourth quarter between April and June by an infusion of $713 million from the CARES Act relief package signed into late March. It provided the system with $530 million in grants and $183 million in support for rural hospitals. The system took advantage of the federal government’s offer to advance Medicare payments totaling $2.6B and the system drew $200 million from lines of credit in case cash was needed.

The system portrayed its August 2019 debt issuance as laying the groundwork for a reduction of risk that “provides stability during this market disruption, including reduced exposure to near-term puts and renewals of shorter-term debt and an increase in long-term committed capital” which should help weather the pandemic’s balance sheet wounds.

The new entity landed ratings of BBB-plus from S&P Global Ratings and Fitch Ratings and Baa1 from Moody’s Investors Service. The ratings aligned with CHI’s ratings, but are lower than Dignity. Fitch and S&P had rated Dignity A-minus and A, respectively. Moody’s rated Dignity A3 stable and CHI Baa1. All three rating agencies assign stable outlooks.