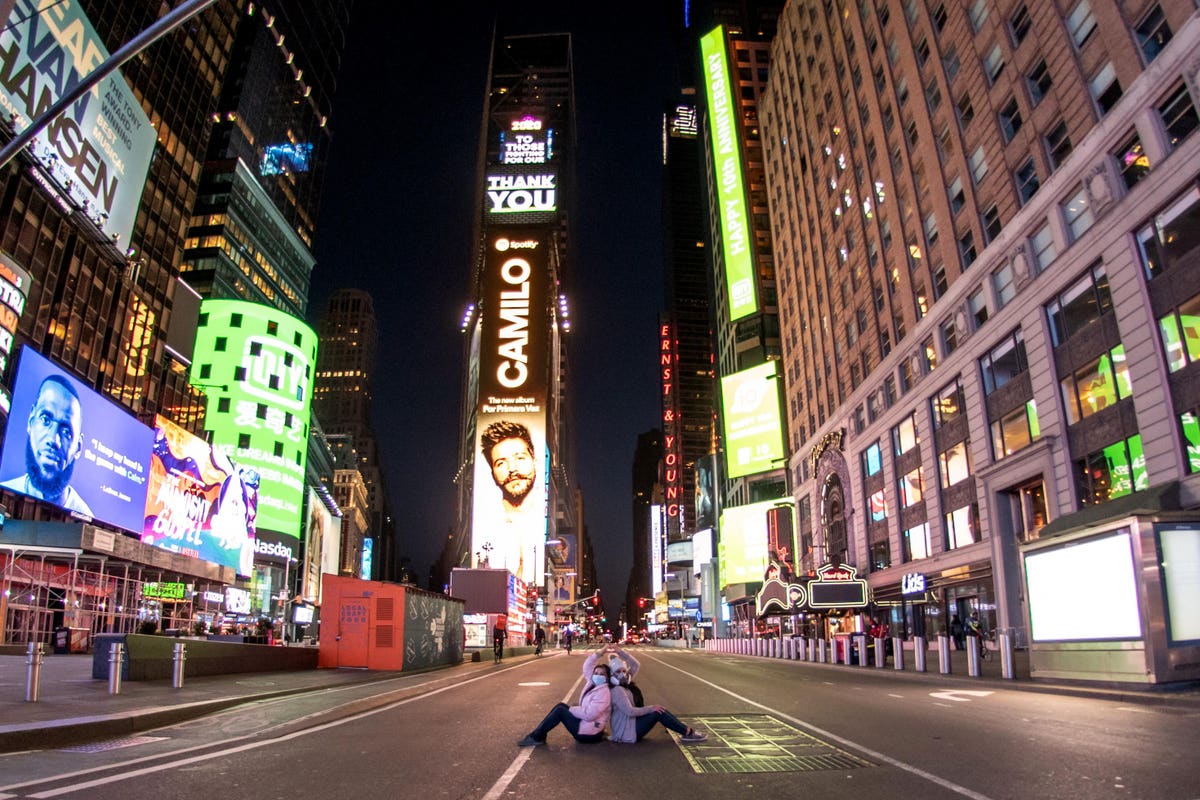 The entire drop in hiring activity in the US the beginning of the pandemic occurred in the principal cities of large metro areas, according to online jobs data. In the rest of the country, hiring activity is now above pre-pandemic levels. This city-center recession is likely to have long-term implications for business geography.

I argued in June that “while virtually every geographic location will experience a deep downturn during this recession, businesses in city centers will suffer more than those in other areas.” City centers are areas with high concentrations of workplaces. Think midtown and the financial district in Manhattan, downtown Atlanta, and the Chicago Loop.

Until a full vaccine and/or a cure is available, a large share of people is likely to continue to work remotely, meaning that fewer will go to city centers than in pre-pandemic times. Fewer commuters will mean less money spent in city centers. And that drop in spending is likely to be most noticeable in the lunch category. Meanwhile, some city-center residents are leaving for less densely populated locations in adjacent suburbs or nearby rural areas.

Within cities, many entertainment activities, such as going to theatres, top rated restaurants and museums are considered highly risky for infection, and thus will be slow to recover. In addition, tourism, which is highly concentrated in city centers, will remain low.

It is difficult to determine whether these trends are actually occurring, as there are no timely, government-published statistics on employment by place of work below the metro area level, let alone in city centers.

Measuring the decline of city centers through online job ads

But The Conference Board®-Burning Glass® Help Wanted OnLine™ (HWOL) data series offers a useful proxy. The program collects millions of online job ads in real time and classifies them, among other things, by location and occupation. The HWOL has data by city, not city centers, but we can use the principal city in each metro area (the core, and in most cases largest, city in a metropolitan area) as a stand-in.

Chart 1 shows the percentage change in the number of online job ads between February and August for five geographic groups in the United States:

4.      The next 75 largest metro areas excluding their principal cities

5.      The rest of the country – all smaller metro areas and non-metro area communities

When we just look at food services occupations (Chart 2) the divergences between principal cities and the rest of their metro areas are even starker. The drop in principal cities was larger than in other areas for most occupations, with healthcare, protective service and computer and mathematical occupations being the exceptions.

Google mobility data supports the idea of a larger drop in economic activity in city centers. For example, the data show that the drop in retail and recreation mobility in Manhattan was much larger than in the outer boroughs of New York City.

Source: The Conference Board using microdata from IPUMS-ACS, University of Minnesota

What does this mean for businesses?

Consumer-facing enterprises with a strong concentration in principal cities will likely be harder hit. Thousands of small service businesses in urban areas will go bankrupt or close, and many may never come back.

The drop in city revenues is likely to be larger for principal cities than for other municipalities. This will be especially true in principal cities that rely more on business-related taxes, and fees and less on property taxes, which are less sensitive to economic conditions. That means that principal cities’ spending and payrolls are likely to be harder hit. That may start a vicious cycle where fiscal crises, lower quality of government services and population decline feed each other in a downward spiral.

The likelihood of deeper recessions in city centers relative to other locations depends upon how long the pandemic’s health and economic impacts linger. Factors include the amount of time before entertainment, restaurants and tourism return to pre-pandemic levels; how long it takes for workers to return to their offices; and, perhaps most importantly, how many workers will continue to work remotely even after the pandemic is over.

The most likely scenario is that the number of remote workers will remain well above pre-pandemic levels. That means that the negative impact of the pandemic on principal cities, is likely to be long-lasting.

She waited half a year for her unemployment benefits. What that delay cost her
5 Best CEFs To Buy This Month (October 2020)
Illinois, Wisconsin, Nevada prep sales as Hawaii gets a COVID-19 rating cut
There’s a big week ahead for the market with an earnings deluge, GDP data and stimulus negotiations
Homebuilder sentiment sets another record high in October