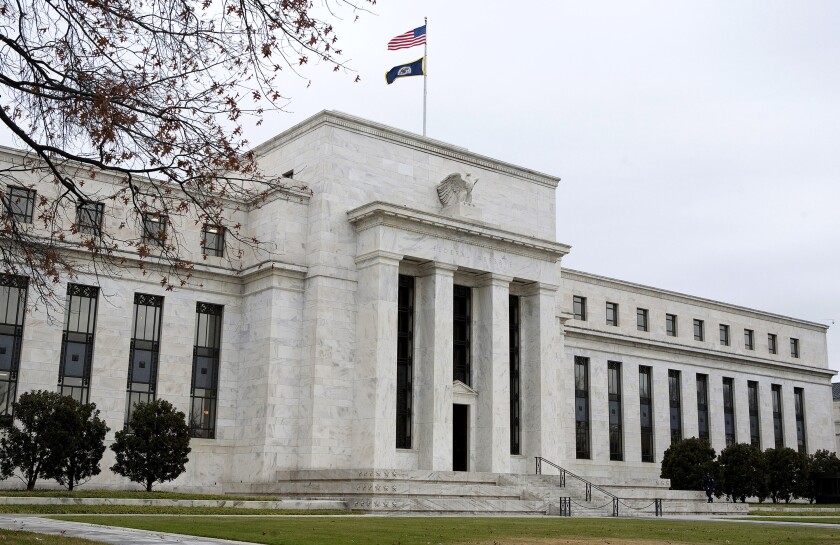 The Federal Reserve said Friday it would comply with a Treasury Department request to return unused funds meant to backstop five emergency lending programs, moving to tamp down a public rift that arose a day earlier.

“We will work out arrangements with you for returning the unused portions of the funds allocated to the CARES Act facilities in connection with their year- end termination,” Fed Chairman Jerome Powell said in a letter to Treasury Secretary Steven Mnuchin posted on the central bank’s website.

Mnuchin on Thursday sparked a conflict between his agency and the central bank when he said he wouldn’t agree to extend the facilities enabled by the Cares Act, passed by Congress in March. The law appropriated funds to act as loss-absorbing buffers that enabled the Fed to stabilize financial markets and make loans to companies and municipal debt issuers.

Mnuchin says the programs are no longer needed, and the money should be returned to Congress and put to better use elsewhere.

The Fed had responded on Thursday with its own statement, saying it “would prefer that the full suite of emergency facilities established during the coronavirus pandemic continue to serve their important role as a backstop for our still-strained and vulnerable economy.”

On Friday, Powell conceded the Treasury’s authority in the matter, saying in the letter that the Cares Act “assigns the Treasury secretary sole authority to make certain investments in Federal Reserve emergency lending facilities, subject to limits specified in the statute.”

Some officials, including a Democrat sitting on the commission supervising spending under the Cares Act, have said the Fed wasn’t legally required to return funds already transferred to it by the Treasury. But the Fed made clear it would not escalate the spat and would return the funds.

Powell, in his letter, also raised the possibility of using other funds held by Treasury to re-authorize at least some of the programs that will now be unable to make new loans after Dec. 31.

“As you noted in your letter, non-Cares Act funds remain in the Exchange Stabilization Fund and are, as always, available, to the extent permitted by law, to capitalize any Federal Reserve lending facilities that are needed to maintain financial stability and support the economy,” Powell wrote.