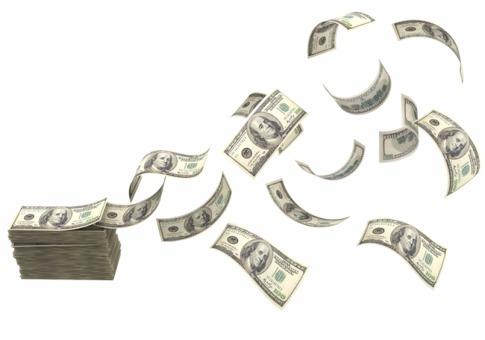 On the great see-saw of investing, all too often investors are on the wrong side of the trade. They should should be buying stocks when most people are selling them.

Case in point is the aftermath of the Brexit vote in the United Kingdom, where the majority of voters chose to leave the European Union. While it’s soon to tell what economic impact that will have on England, Scotland, Northern Ireland and Wales, it triggered a week-long, global sell-off in stocks.

The typical response in this panic attack was for global investors to dump stocks and buy bonds. This “safe harbor” strategy is what usually happens during a broad sell-off, although there may be no rational basis to it.

The final impact of England breaking off the the E.U. is a big unknown. London might lose a huge amount of financial services companies. Scotland might vote to leave the United Kingdom. Dublin might attract British banks leaving London.

Underneath the surface of this turmoil, though, is an ongoing saga: The battle of stocks vs. bonds. Investors buy government bonds because they have a (normally) guaranteed yield, that is, they will earn something in times of panic.

Stocks, on the other hand, don’t guarantee anything. Their values are based on market sentiment, future earnings and dividends, none of which are guaranteed.

When the Brexit Blowout hit, the usual trading triggers were pulled. Stocks were sold around the world from June 23 to July 1 and U.S. government bonds were snatched up.

But an interesting thing happened on the way to business as usual. When bonds were bought, their prices went up due to higher demand, but their yields plummeted. Since bond yields haven’t really much recovered since the 2008 meltdown, some are in the negative real return range. After you subtract yield, you’re not earning anything.

“In the aftermath of the Brexit we have seen continued downward pressure on global yields,” noted Katie Nixon, chief investment officer of
Wealth Management in a July 5 report. “And despite the risk rally US 10-year treasury yields have remained below 1.5%.”

For those keeping score at home, when a benchmark bond is yielding 1.5% and inflation is around 2% annually, you’re in the red on real return. It’s better to buy something else — like stocks.

You can find quite a few U.S. stocks yielding more than 2%, which is roughly the average yield of companies in the S&P 500 index. The low bond yields make stocks look like a better deal — especially those paying steady dividends.  Should the Brexit pressures continue, that will send more big investors into bonds, which will push yields down even more.

“Given the stock market has virtually no competition from the bond market,” notes the Baird Market and Investment Strategy Weekly Market Notes, “the demand for equities (stocks) is expected to remain strong.”

A note of caution: Don’t trade in your 401(k) or other accounts by dumping bonds to buy stocks. Stick to a mix that feels right for your age and risk tolerance. But if you’re light on stocks, you can own nearly the entire market through a global stock index fund, which should be staple in your retirement kitty.

I’m loathe to predict what’s going to happen next, but if sluggish demand for credit (bonds) keeps yields low, that will keep the flame under stocks. A global slowdown may even fan the flames for this scenario, although watch carefully to see that major countries don’t enter into a recession. That would snuff any stock rally.

The economy is on the cusp of a major boom and economists believe it could last
Stop. Drop. Adapt. How The Former Covid Epicenter Is Changing Its Development Approach For Post-Pandemic Living
Fundstrat’s Tom Lee explains why he expects a ‘face-ripper rally’ in April
Munis strengthen as primary kicks into gear
Stocks making the biggest moves in the premarket: Beyond Meat, Nokia, Li Auto & more