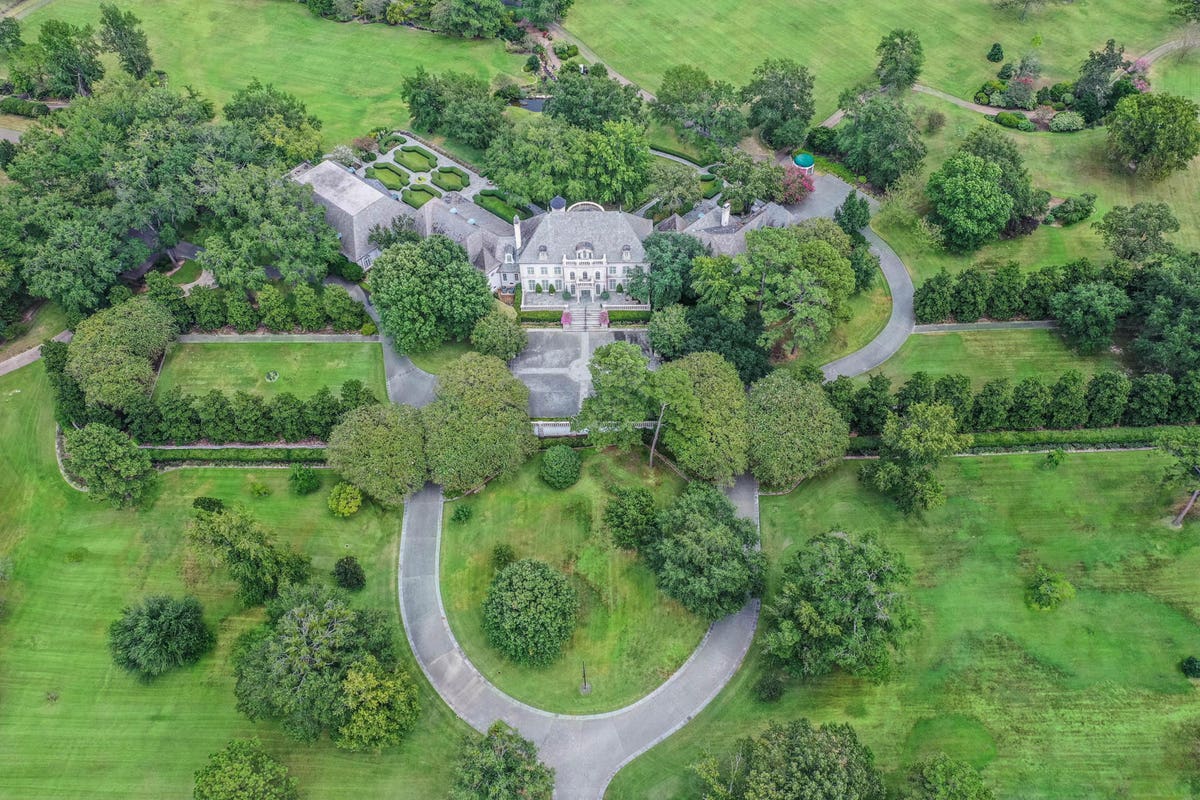 So much has changed in one year. What we once thought of as a rural community, too far from our favorite hang outs, is now practically an exurb of Dallas. A mansion of a home set up with fiber optics, dedicated office spaces, stealth entry and overnight office suites is now perfect for the the CEO/ head honcho executive who can Zoom most days of the weeks but get to an in-town meeting via helicopter in minutes from the nearby airport.

It makes no difference that it’s located 120 miles from downtowDallas.

“People no longer think Pittsburg is far away from Dallas,” says listing agent Clayton Pilgrim. “Our ranches are more popular than ever. East Texas ranch sales are ticking upwards. With modern technology and private air travel, being 120 miles from the heart of Dallas is now nothing.”

And the overall cost savings is luring out-of-state interest. 800 South Greer in Pittsburg, built by Pilgrim’s grandparents, would run up property taxes of half a million dollars in Dallas, says Pilgrim. But in the charming community of Pittsburg, complete with a renovated red brick downtown, taxes on 43 acres of homestead runs about $80,000 annually, with even more security than one would find in Highland Park.

The estate, formerly known Cluckingham Palace, was built by one of the largest chicken producers in the United States, Lonnie “Bo” Pilgrim. It was sold at auction in October of 2019. The sale came after the passing of its last resident, Patty Pilgrim, Clayton’s grandmother, and Bo’s sweetheart bride. Bo Pilgrim, who helped found Pilgrim’s Pride, passed in 2017. The couple custom built the home utilizing the finest artisans in North Texas and around the world.

While in their sixties the couple, who also had a residence in Uptown Dallas at the Mansion, engaged architect Richard Drummond Davis, a Princeton-trained architect who has designed homes for a number of Texas notables. His mission: create Chateau de Pilgrim: a French Baroque design, 18,327-square-foot mansion on stunning property in a small Texas town. The estate has six bedrooms, ten and a half baths, an exercise room, formals, quarters, media room, and chickens etched in every corner. Every corner. There’s also a huge custom indoor swimming pool and spa, really more a huge natatorium and entertainment center.

The grounds are exquisite and include trails, smooth green fields beckoning a soccer game or a polo hunt, and a pond loaded with fish. The acreage is easily navigated in a golf cart or by horseback.

Over the years the home has also been exquisitely maintained and updated, says Pilgrim, by a host of caretakers.

Pittsburg, says Pilgrim, has seen an uptick in growth from the traditional laid back, retirement lake country town to city residents eager to shed the inner city and rising costs associated with large home maintenance. Clients tell Pilgrim they get the same security as well as fire, water and utilities in Pittsburg for a fraction of the cost as they would in Dallas. During the Texas Arctic Blast of February 15, no power was lost in Pittsburg proper. City slickers have also been moving further out to enroll children in schools that were not shut down during the pandemic.

“Pittsburg is a quaint little town, but it’s no longer rural, “ says Pilgrim. “We are 45 minutes from Longview, with divided highway access.”

Pittsburg has a population of about 4,500, and is also the home of racing legend Carroll Shelby, and the birthplace of Boot City founder James R. Cavender. It was named after William Harrison Pitts, not the Pennsylvania city up north. The town is loaded with the Pilgrim families’ generous philanthropy, from the bell tower in the town square to the local hospital.

Clayton says his earliest memories of the house was the construction phase. Prior to Cluckingham, the Pilgrims lived in a relatively modest 1965-era home on three acres about three houses down from Cluckingham. Steve Thornton was the home builder, and Naud Burnett Landscape Architects created the vast landscape architectural design of the property in 1992.

The estate is listed with Clayton Pilgrim, a Texas realtor specializing in farm and ranch properties, and one of Bo and Patty Pilgrim’s six grandchildren. In 2019, when the estate was auctioned, it was valued at $8 million. It went to auction with a reserve of $2,999,999. The buyer, bought the estate completely furnished, which is exactly how he is selling it.