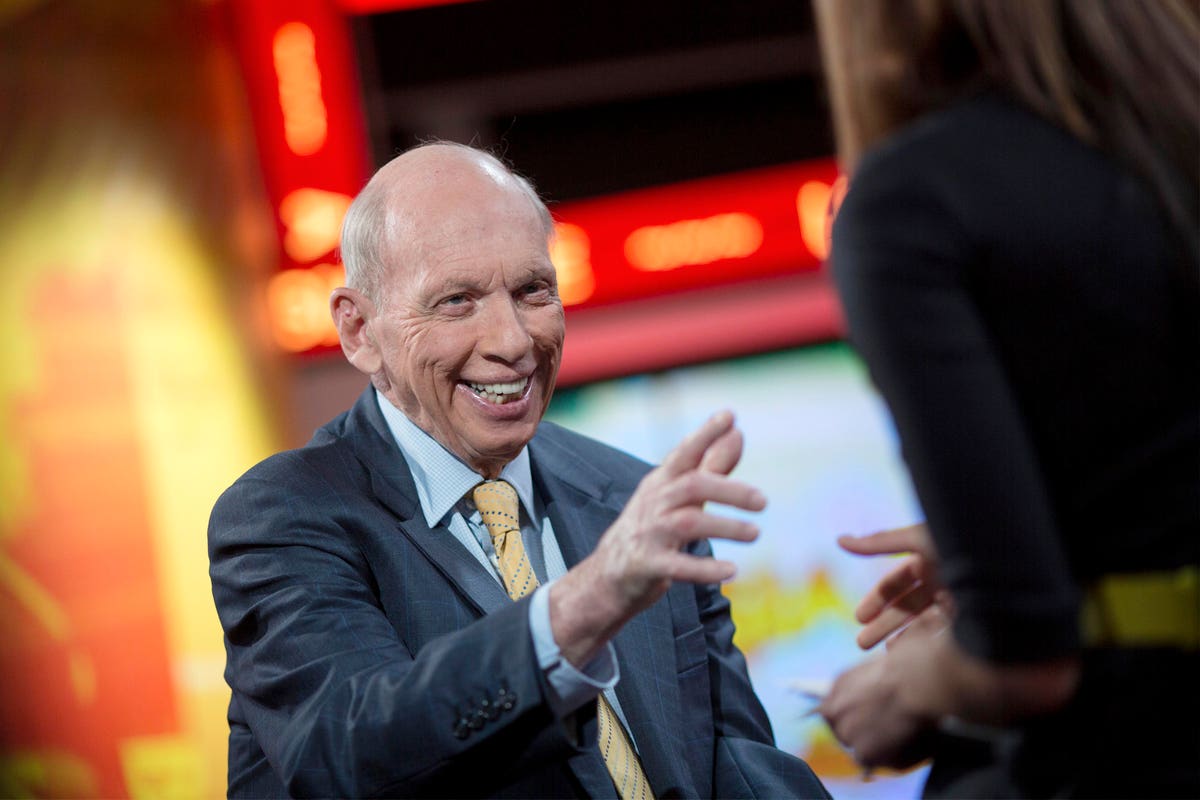 For three decades, Byron Wien, vice chairman of multi-asset investing at the Blackstone Group, has made it a habit of publishing ten surprises for investors in the New Year. His predictions involve market moving events he believes have a better than 50% chance of occurring, but that are being treated by investors as unlikely.

Wien would likely be the first admit his predictions are more of an intellectual exercise than any money-minting investing advice.

Read More: The Japanese Bank That Wants To Be The New Face Of Wall Street

After all, in 2013 Wien predicted the S&P 500 Index would fall over 7%. Instead, the index rallied the most in nearly two decades, gaining 30%.  A year later, he predicted yields on the 10-year U.S. Treasury would spike to 4% due to a strengthening economy and emerging signs of inflation. Treasuries began 2014 trading at a yield of 3% and fell precipitously through the year, ending at about 2%.

Apparently, Wien is no clairvoyant. But he has been consistently right and evocative about a few themes in today’s market. In particular, Wien has been spot on regarding about how Japanese Prime Minister Shinzo Abe’s policy of stimulus, easing and structural reform — known as Abenomics — would filter into Japan’s economy and financial markets.

Three years ago, Wien predicted that Japan’s economy would shrug off Abe’s election in December 2012, causing the currency to weaken to 100 Yen per U.S. dollar from around 88 at the beginning of the year. That weakening would help Japan’s trade balance, Wien predicted, and cause investors to rush into the Nikkei 225. He was dead on. At year-end, the currency traded at 104 Yen per U.S. dollar, and the Nikkei 225 surged over 50%.

In 2014, Wien predicted Shinzo Abe would double down on what became known as Abenomics, aggressively expanding quantitative easing and fiscal spending. But he forecast the policy wouldn’t be a cure-all for the Japanese economy and called for a correction in the second half of the year, after a brief rally. This was a bit of an off year. The market corrected 15% in the first quarter of 2014, but rallied to close the year after Abe reacted to a recession by delaying a sales tax increase and entering a new bout of quantitative easing.

Last year, Wien predicted that Abe’s economic “shock and awe” would run out of steam. A recession that began in late 2014 would extend through the course of the year and the Nikkei would end 2015 roughly flat and down in dollar terms. That’s exactly what happened. Despite a groundswell of optimism on Abenomics and a first half stock market surge, Japan entered a double dip recession in the third quarter. Markets ended the year up about 5%, a slowing of gains after nearly doubling over a 24-month time frame.

Wien was mostly spot on again when it came to Japan in 2015, even if predictions of a 15% rally in the S&P 500 and a narrowing of spreads between investment grade and junk bonds markets didn’t bear fruit.

But, this year Wien is changing his tune on Japan. After years of skepticism on the success of Abenomics, Wien is turning into a believer. Japan will recover from a second-half recession. The yen will weaken — almost an inevitability given the Federal Reserve’s stance on interest rates — and the Nikkei will surge to 22,000 Wien predicts.

If Abenomics does begin to feed its way into the Japanese economy, it could quietly emerge as one of the big stories of 2016.

Were Japanese savers to begin investing, it might help counterbalance the impact of a continued slowdown in emerging markets. And if Abenomics proves successful in inflating Japan’s markets and economy, while weakening its currency, the policy may give Central Bankers in Europe more confidence in their easing efforts.

When it comes to Japan, here are Wien’s predictions through Abe’s tenure. It is worth noting Wien pegs his Japan prediction at #12 among his top-10, meaning he has less than 50% confidence in the call.

2013: The Japanese economy remains lackluster and the yen declines to 100 against the dollar. The Nikkei 225 continues the strong advance that began in November and trades above 12,000 as exports improve and investors return to the stocks of the world’s third largest economy.

2014: Shinzo Abe is the only world leader who understands that Dick Cheney was right when he said that deficits don’t matter. He continues his aggressive fiscal and monetary expansion and the Nikkei 225 rises to 18,000 early in the year, but the increase in the sales tax, the aging population and declining work force finally begin to take their toll and the market suffers a sharp (20%) correction in the second half.

2015: Shock and awe no longer works in Japan. The recession which began in the third quarter of 2014 continues throughout 2015 in spite of further fiscal and monetary stimulus and the suspension of the second planned sales tax increase. The Nikkei 225 is flat for the year in yen and down in dollars.